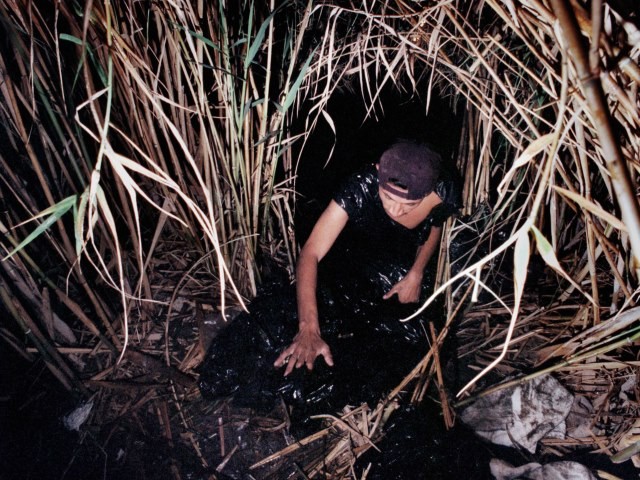 El Centro Sector Border Patrol agents risked their lives to save a pair of migrants trapped in a canal east of Calexico, California, Monday.

Agents heard two migrants yelling for help as they patrolled the All-American Canal east of Calexico. The agents determined the calls for help came from the canal, according to U.S. Customs and Border Protection (CBP) officials.

The agents approached the canal and observed two migrants who appeared to be trapped in the thick reeds on the south bank of the canal. The agents waded into the canal and pulled the men to safety.

“The swift action of our Border Patrol agents exemplifies their dedication in protecting human life,” El Centro Sector Chief Patrol Agent Gloria I. Chavez said in a written statement. “I am very proud of the hard work and commitment our agents demonstrate on a daily basis.”

An Emergency Medical Technician evaluated the two men and determined they needed to be taken to a hospital for treatment. Agents arranged transportation for the pair of 22-year-old migrants to a local hospital where doctors treated them and kept them for observation for a few hours. Once doctors determined the migrants to be in good condition, they released them to Border Patrol agents who will process them for immigration violations.

Officials said this is the second time this fiscal year that their agents carried out rescues of migrants in distress.

During Fiscal Year 2018, Border Patrol agents rescued 4,311 migrants along the U.S.-Mexico border region. This is an increase from about 3,400 during the previous fiscal year, Breitbart News reported in December.

During the first two months of Fiscal Year 2019, which began on October 1, The number of rescues jumped 74 percent over the same period last year, a CBP official told reporters during a conference call on the issue of migrant care.

The rescues range from helping migrants who are in danger in one of the waterway boundaries between Mexico and the U.S., to saving their lives when human smugglers abandon them on vast ranches in South Texas or the deserts of Arizona. They also include migrants who are packed like human cargo in the back of tractor-trailers and other commercial trucks.