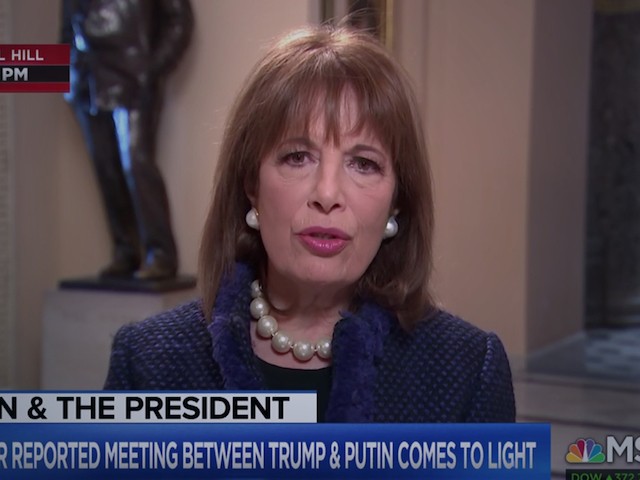 Speier said, “It is not normal. It is not normal for the president of the United States to disparage his intelligence experts or his military experts. And yet that’s what the president does day in and day out. He is becoming a national security threat himself. And I think we have got to step back now and recognize that he spews out toxic information. He spews out lies.”

“And we’re not going to accept that,” she continued. “His intelligence community has now stated very clearly what the threats are, where we are succeeding, where we are not. He chooses not to recognize that. On the one hand, Iran is complying with the agreement. On the other hand, North Korea has 19 additional sites of nuclear weapons. He gets an F for comprehension of what the national security issues are.”