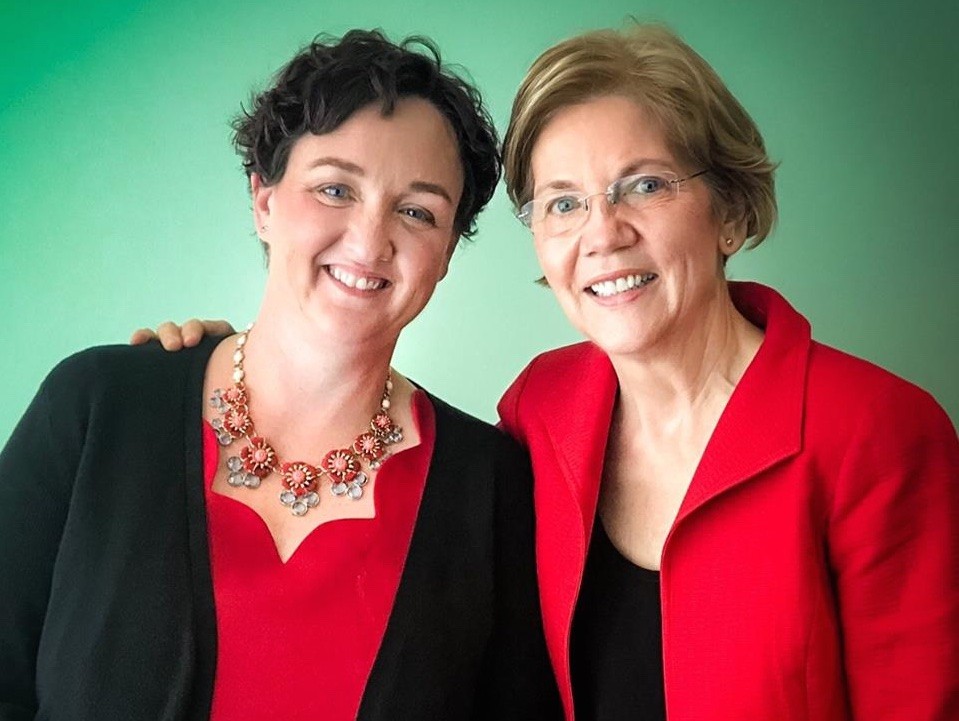 Democrat Katie Porter is running a spirited campaign to unseat Rep. Mimi Walters (R-CA) in California’s 45th congressional district, in the heart of Orange County. She promises higher taxes, socialized medicine, and gun control — and it is working.

Orange County is traditionally Republican turf. But demographic changes — especially immigration — and the cultural shift of college-educated voters toward the Democrats have moved Orange County from conservative “red” to competitive “purple.”

Walters has represented the district since 2015, and is one of the more moderate members of Congress. The Cook Partisan Voting Index rates CA-45 as R+3, and the district voted for Hillary Clinton in 2016 — which put it on Democrats’ target list.

Given that profile, Democrats might have been expected to run a moderate candidate. And, indeed, the California Democratic Party endorsed David Min, a relatively moderate law professor from the University of California Irvine, in the primary race.

But Porter — also a law professor at the university — prevailed, though her policies are little different from the far-left agenda being pushed by many of the radical candidates who have emerged within the party, inspired by the so-called “Resistance.”

A bankruptcy lawyer by specialty, Porter studied under and worked for then-Harvard Law School professor Elizabeth Warren, who endorsed her campaign in the primary. Warren — nicknamed “Pocahontas” for her unsubstantiated claims of Native American heritage — has emerged as one of the most left-wing Democrats in the U.S. Senate since her election in 2012.

On her campaign’s “Issues” page, Porter’s first pledge is to repeal President Donald Trump’s tax cut. She claims that the tax cut “raised taxes on middle-class families,” though it actually lowered taxes on middle-class families. (In Democrat-dominated states like California, wealthy property owners could pay higher taxes thanks to a new $10,000 cap on the state and local tax deduction, which could affect some residents of the district. Walters voted for the tax cut despite the SALT deduction cap.)

Left-leaning Politifact even rated a Porter attack ad “mostly false” for repeating the above claims about middle-class taxes.

Porter is also endorsed by J Street, a far-left group that opposes the Israeli government, and opposed the relocation of the U.S. embassy to Jerusalem.

She has only broken with left-wing orthodoxy on one issue: namely, California’s new gas tax hike, which she says she opposes. However, critics accuse her of flip-flopping after audio emerged from May that suggested she supported the tax hike.

Walters has attacked Porter for that, and for her “socialist” policies, arguing she is too left-wing for the district:

Still, a New York Times Upshot / Sienna College poll last month showed Walters trailing slightly, 48% to 43% — though the poll was conducted before the Kavanaugh hearings caused Republican enthusiasm to surge across the country.

If Porter can retain her lead, it may suggest that traditionally conservative Orange County voters are so angry at Trump that some would be happier to be represented by Elizabeth Warren’s protégée than by a moderate Republican who votes for lower taxes.