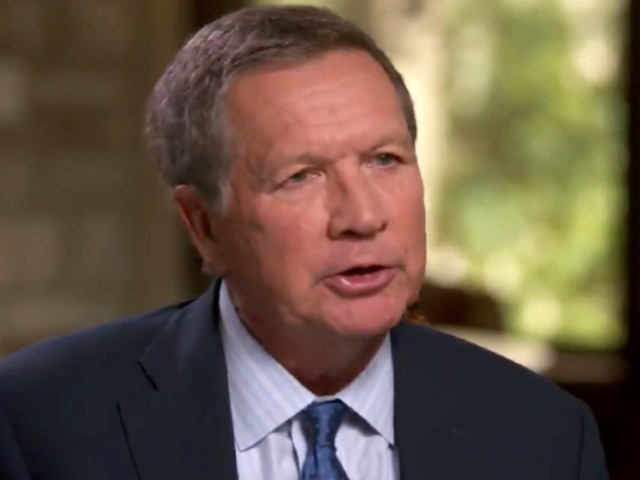 Thursday on CNN’s “Newsroom,” Gov. John Kasich (R-OH) said “the Lord” didn’t want Americans to build walls and reject the migrant caravan that is heading to the United States from Central America.

Kasich said, “Here’s what bothers me; we have a caravan coming north. We don’t want all those people coming across our border, and there are ways to deal with it. I believe if we could check those who are legitimately in need of asylum, could be vetted before they even get to the border, but we’re born in America. You know how lucky we are to be born in America and not be born in Guatemala where they would say to your daughter, you know, if you don’t do what we want, we will rape your daughter or kill your son if he’s not a drug mule? Now, they’re marching north, and it could easily have been all of us. That we’re in the caravan, that we’re marching north trying to save our families and save our children.”

He added, “We’ve got to start putting ourselves in the shoes of other people. We’ve got to start thinking about the consequences that others suffer. And if we have been spared those by the grace of God, let us be appreciative, let us count our blessings, and let us reach out to those who have less. Let’s stop putting up walls around ourselves and not understanding the plight, the trouble, and the problems of others. It is not right. And the Lord doesn’t want it, and our people at their hearts want to reach out to others. Look at what they do in these storms they go and they rescue people they don’t know. They put them in their homes. They feed them. That’s America. Not all this garbage and this division and yelling and screaming and hatred on all sides.”