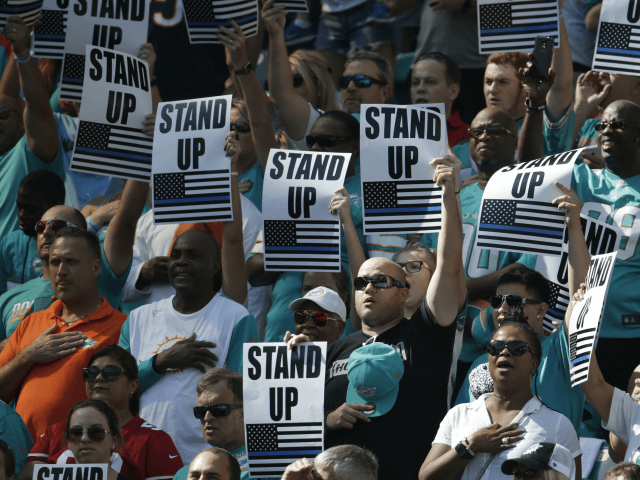 I’m celebrating a football milestone. It’s been over a year since I’ve tuned into the NFL, and I am happy to say, I don’t really miss it.

For the most part, not at all.

For about three decades, National Football League football was pretty much my favorite sport to watch. Each game meant so much. I would watch my Chicago Bears every Sunday, followed by the late game, and then the Sunday Night contest. I’d tune in for Monday Night Football. I would catch any Thursday and Saturday action they would throw at us too. Thanksgiving was filled with the NFL. The playoffs were basically holidays. The NFL was king around here. If you would’ve told me I would not be watching for one week, let alone for multiple seasons, I would’ve thought you had your bell rung by Andrew Sendejo. But now, for better or worse, that is indeed the case. In a major upset, I do not watch the NFL, and it’s been a heck of a lot easier to cut ties with the once beloved league then I ever could have imagined.

Colin Kaepernick’s garbage and the lack of any NFL player speaking out against his pathetic display was the last straw for me, but the NFL was crumbling way before Mr. Nike put his knee on the turf during our beautiful National Anthem. Roger Goodell was already transforming the NFL into a shell of its former self. Changing the kickoff rules, moving the extra point back, an obsession with England, Thursdays, and bad uniforms is just a small list of Goodell’s awfulness. Not to mention the fact that tackling is now frowned upon in a league that once produced Crunchtime videos highlighting men like Steve Atwater and John Lynch going for the big hit play after play. We’ve gone from Dick Butkus to don’t touch us. From L.T. to he hurt me. The old NFL is gone forever.

While it was a hard pill to swallow, I still tuned in week after week to the new NFL, a league that caters to offensive players, casual fans, and fantasy football nerds. After all, this league was once the greatest thing going. Even half the product it used to be was still worth a watch. When the kneelers and fist hoisters took center stage however, I was done. I love the Bears. My high school yearbook’s “Can You Imagine” section asks “Can you imagine Kevin without the Bears?” I used masking tape on my mortarboard at graduation, so it read ‘Bears’ on the top for all to see. One of my children is named after a Bears great. I have bled Navy and Orange. But when all is said and done, it’s sadly become football vs. country, and my true allegiance will always go to Red, White, and Blue.

If you had to make a case for watching the NFL under its current climate, the Bears would serve as a good example for tuning in. Not only is the team on the rise and by all accounts, exciting to watch for the first time in several seasons, but the Monsters of the Midway have pretty much been the least controversial club in the league. Not one Bears player has taken a knee. Not one Bear has protested in any way during the Star Spangled Banner. The Bears are not the 49ers or Dolphins. Not even close. But no matter what the Bears do or don’t do, they are still a member of the NFL. The same NFL that keeps the anti-patriotism ramped up at every turn. While baseball has been tremendously patriotic and pro-USA the last few seasons, the NFL keeps showcasing and babying players who continue to disrespect our flag, our veterans, our president, and our police officers. I do not want to be associated with such an organization.

While I have dumped the NFL, I have not said goodbye to the great game of football. Far from it. I’m coaching my son’s tackle team and my daughter’s flag squad. I’ve watched every Florida Gators game this season and plenty of other college ball. I’ve also enjoyed my share of CFL action. If you haven’t seen our friends playing north of the border, you are missing out. The Canadian Football League is as exciting as ever. Teams like the Ottawa Redblacks are putting on quite a show. Plenty of excellent American players are in the CFL too. Ottawa’s Anthony Cioffi for one is taking Canada by storm. The former Rutgers standout, who should be in the NFL, is playing football the right way every game. The CFL presents gridiron action like the NFL used to. It’ all about football instead of millionaires whining about Trump and empty suits still trying to determine what the heck constitutes a catch.

Taking the time-consuming NFL off of my schedule has allowed me to not only watch more college football, but it has allowed me to focus more on more important things. Sundays are now dedicated to church, youth sports, relaxing, walking the dogs, and family time. Kaepernick and friends didn’t ruin my life, instead they opened my eyes. As I look at some of these zombie fans engrossed in the NFL seemingly at all times, I feel almost embarrassed about how much time I wasted on the NFL in the past. From grown men wearing jerseys of players twenty years their junior to people’s weeks ruined if their team loses to those who chose staring at a TV screen over spending time with family, today’s NFL experience is pathetic at best.

So many are stunned when they find out I truly do not watch the NFL anymore. I’m stunned more people aren’t doing what I’m doing. The NFL of Mike Ditka and Michael Strahan morphed into the NFL of Mike Vick and Michael Sam. We went from Rozelle and Tagliabue to Goodell. I had Montana and Young. Our kids have Kaepernick. Little by little, the once amazing spectacle has become a big disappointment that no Color Rush uniforms could ever disguise. But there is a way out. As Kaepernick’s company tells us ‘Just Do It’.

I haven’t watched NFL football for over a full season now. For the first time in my life, I did not watch the Super Bowl. It’s OK. It’s actually liberating. There’s a lot to do out there on Sundays. You can break free too. Some habits are hard to break but if you stand for something (like the flag for instance) it’s incredible what you are capable of. After unveiling their weird policy of allowing men in their girls bathrooms, I cut ties completely with retail giant Target. I shopped there multiple times a week. It’s been almost three years since I’ve set foot in a Target store. Just like Target, the NFL is easier to ditch than you may think.

In the meantime, I will continue to thoroughly enjoy coaching youth ball, watching college action, and cheering on the great men of the CFL. Plus there’s plenty of hockey, basketball, and baseball on tap. Best of all, we are inching ever closer to the XFL as well, making President Trump’s reelection one of two things the NFL can look forward to crying about in 2020.