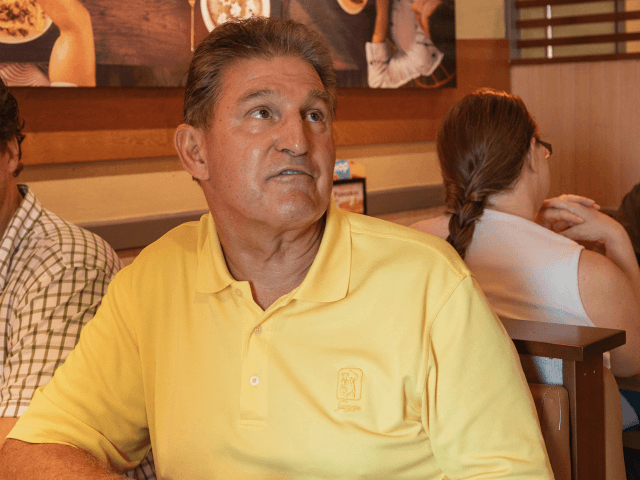 Sen. Joe Manchin (D-WV) has admitted he wanted to “beat the living crap out of” his Republican opponent Patrick Morrisey.

The Washington Free Beacon reports that during a campaign rally in Marmet, WV, last week, Manchin told a crowd of Democrats, “You might have seen the debate the other night. I want to tell you something. It took every bit of my discipline not to beat the living crap out him.”

The audience roared its approval.

Manchin continued attacking Morrisey as an “other,” using the false premise his opponent, who has been the attorney general of West Virginia since 2013, is some sort of carpetbagger.

“You don’t come to someone’s state. You don’t come in here and not knowing who we are and just be spewing out horrible things,” Manchin said.

“Every other word was ‘trust,’ ‘liberal,’ ‘trust,’ ‘dishonest,’ and I’m thinking, ‘Trust?’ Here’s a man who ran for Congress, Patrick Morrisey ran for Congress in New Jersey in 2000. He ran in the primary and got beat, only got 9 percent of the vote,” Manchin added.

You can listen to his remarks here.

Manchin is in a much tougher re-election battle than the experts predicted.  Ten days ago, in the Real Clear Politics poll of polls, Manchin led by nearly 13 points. That lead is now down to just five points, with Manchin sitting well below 50 percent (46 percent), a dangerous place for an incumbent, especially with the momentum moving against him.

Manchin also made his comments after an especially dangerous month for Republicans.

In October, there were over 40 acts of violence and harassment aimed at the GOP, including seven violent attacks by leftists against GOP campaign and meeting places.

Throughout last month, there was an assassination attempt against President Trump; the New York Times published an article fantasizing about Trump’s assassination; there were a total of 12 recorded rape and death threats against Republicans and their families (including children); there were nine assaults and attempted assaults; six recorded acts of harassment, and a Trump supporter’s truck was destroyed in an arson fire.

To make matters worse, high-raking Democrats like Hillary Clinton and Eric Holder have called for violence and incivility, while the far-left CNN has openly called for the harassment of Republican lawmakers.

During the Trump era, there have been over 630 recorded acts of violence, vandalism, threats, harassment, menacing, and open calls for more against Trump and his supporters.

As has been the case with the 40-plus acts of violence last month, and the 630 acts recorded over the last two or so years, the establishment have ignored or downplayed Manchin’s remarks.