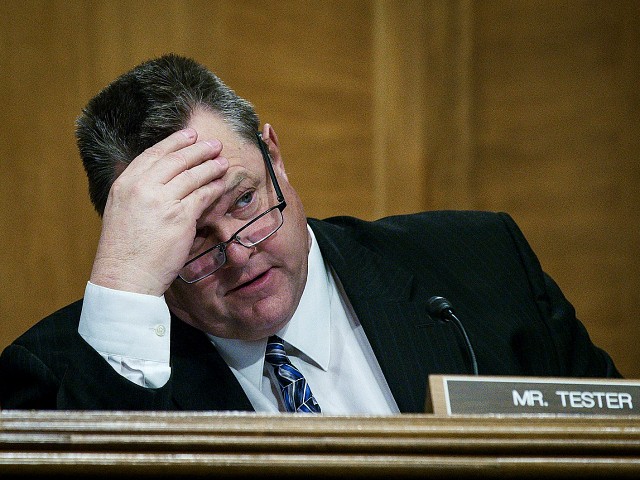 Sen. Jon Tester (D-MT) supported Sen. Dianne Feinstein’s (D-CA) post-Orlando Pulse gun control push and has not had a hunting license in his home state of Montana in six years.

On June 12, 2018, Breitbart News reported Jon Tester’s support of a gun control measure that would have expanded the prohibited persons list for the National Instant Criminal Background Check System (NICS).

The measure failed because it portended a violation of due process rights by forcing forfeiture of Second Amendment rights on accusations rather than convictions via an incorporation of the terror watch list.

Ironically, the Orlando Pulse attacker was not on a terror watch list to begin with, so Feinstein’s push was simply gun control for the sake of gun control. But Tester supported it.

And according to Fox News, although Tester is campaigning on his love for hunting, he has not had a Montana hunting license in six years.

He put out a flier that said, “As we gear up for hunting season, Montanans know that hunting isn’t just a sport – it feeds our families, and it creates lifelong memories with our kids and grandkids. Montanans are lucky to have some of the best access, longest seasons and greatest hunting in the world.”

Hunting in Montana may create memories and feed families, but Tester does not have a license to take part in it.