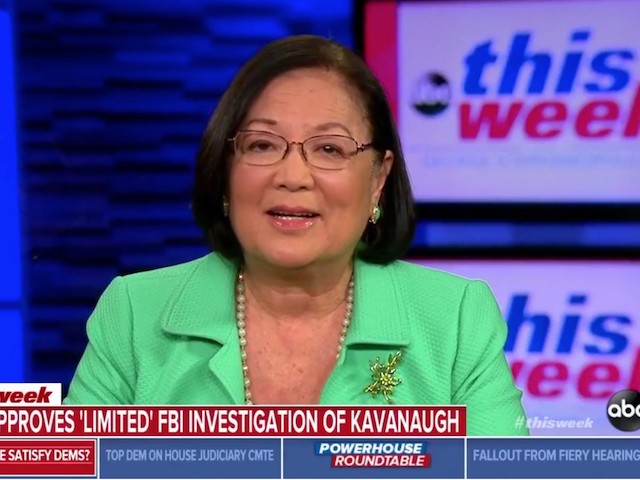 Sunday on ABC’s “This Week,” Sen. Mazie Hirono (D-HI) said the FBI investigation of  Supreme Court associate justice nominee Brett Kavanaugh’s accusations of sexual misconduct would be a “farce” if the scope and who they’re going to question is limited.

Hirono said, “I would think that Jeff Flake and the other senators who are going for this, investigate investigation, will call for there’s time you know. The thing is every Senate vote matters. There’s time to get to the bottom of it, even if it’s seven days. That is bad enough. But then to limit the FBI as to the scope and who they’re going to question? That really —I want to use the word farce. But that’s not the kind of investigation that all of us are expecting the FBI to conduct.”