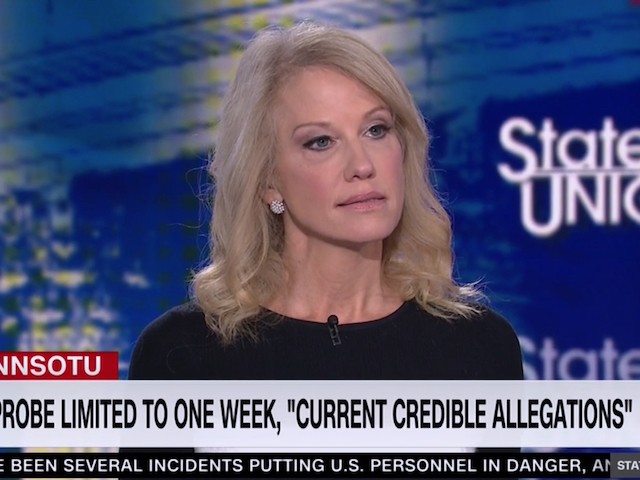 Host Jake Tapper responded, “I really sorry you went through that.”

This is not the first time Conway has spoken about these types of situations. In an interview with MSNBC’s Chris Matthews after the October 9, 2016 presidential debate at Washington University in St. Louis, Conway, serving as then-candidate Donald Trump’s campaign, was asked about the leaked “Access Hollywood” tape of  Trump making what were deemed to be inappropriate remarks about women.

“I would talk to some of the members of Congress out there. [I remember] when I was younger and prettier, them rubbing up against girls, sticking their tongues down women’s throats uninvited who didn’t like it. You’re saying ‘yeah,’ because you know it is true,” Conway said. “Some are on the list of people who won’t support Donald Trump because they ride around on a high horse.”