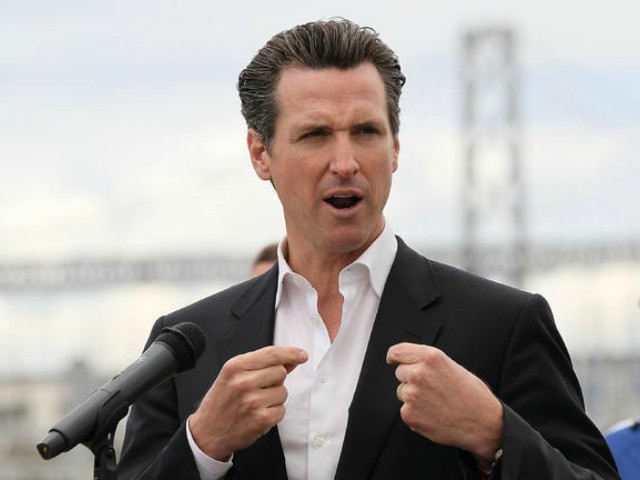 California Governor-elect Gavin Newsom revealed on Thursday that he will call back the California National Guard from the border when he is sworn into office in January.

After visiting the Otay Mesa Detention Center, Newsom said California’s National Guard presence “seems pretty trivial” with 1,800 “military representatives” at the border. Newsom said he would formally make the announcement to call back the National Guard once he becomes governor.

“I have every desire to pull those Guardsmen back and assist in other capacities,” Newsom, the state’s current lieutenant governor, said. “It’s my intention today, but every day conditions change, and so I want to caveat that with that understanding.”

During the gubernatorial campaign, Newsom said asking for the National Guard at the border was just a “stunt on the president’s part.”

Governor Jerry Brown sent the California National Guard to the border, but prevented them from working on immigration enforcement.

Telling reporters that California is a “state of refuge,” Newsom also said that he had a “deep sense of responsibility to help change the course” of the lives of illegal immigrant children at detention centers.

Newsom also said he would be heading to Mexico in the coming days to meet with Mexican officials and learn more about the “humanitarian crisis” at the border with the caravan migrants.