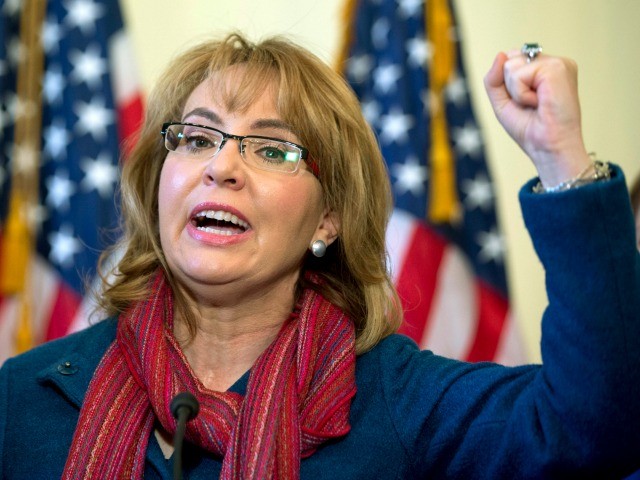 Gun control candidate Mike Levin (D) praised Giffords and her husband for campaigning on his behalf:

Cortney Pagano, a Levin canvassing volunteer, said, “What a great Sunday – i got to meet some real American heroes like GabbyGiffords, made a new friend and got all my steps in canvassing for MikeLevinCA!”

Giffords and her husband made clear that they support Levin because they can count on him to stand with the gun control lobby and push for further restrictions on the Second Amendment rights of Americans:

Here’s our newest ad featuring @GabbyGiffords and @ShuttleCDRKelly! Coming to a TV near you throughout #CA49!

“We’re supporting Mike Levin for Congress because he will always stand up to the gun lobby and fight for effective laws that will make our communities safer.” pic.twitter.com/lfvGrTZ7Y5

Levin is running against Republican Diane Harkey, who wants to continue to use the 49th Congressional District as a safeguard for the Second Amendment rights of Americans.

Harkey gave Breitbart News an exclusive interview in which she warned that Levin is a “solid resist” candidate supporting House Minority Leader Nancy Pelosi. She said he would push to spread Pelosi’s left-wing policies nationwide; and those policies include her gun control support.