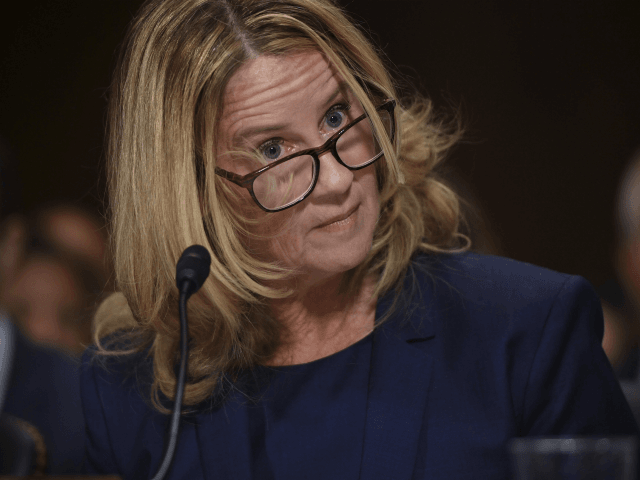 Christine Blasey Ford said in testimony before the Senate Judiciary Committee on Thursday that Supreme Court nominee Brett Kavanaugh alleged sexual assault at a social gathering in the 1980s led to the decision to install two front doors when remodeling her home in 2012.

“The reason this came up in counseling is because my husband and I had completed a very extensive, very long remodel of our home and I insisted on a second front door  — an idea that he and others disagreed with and could not understand and in explaining why I wanted a second front door I began to describe the assault in detail,” Ford said. “I recall saying that the boy could someday be on the U.S. Supreme Court and spoke a bit about his background at an elitist all-boys school in Bethesda, Maryland.”

Ford implied at the hearing that she explained during a couple’s therapy session in May of 2012 that she wanted the two doors because of the anxiety and panic she had experienced because of the alleged attack.

“My husband recalls that I named my attacker as Brett Kavanaugh,” Ford said. “After that May 2012 therapy session, I did my best to ignore the memories of the assault because recounting them caused me to relive the experience and cause panic and anxiety.”

The committee will hear from Kavanaugh after Ford’s testimony concludes.