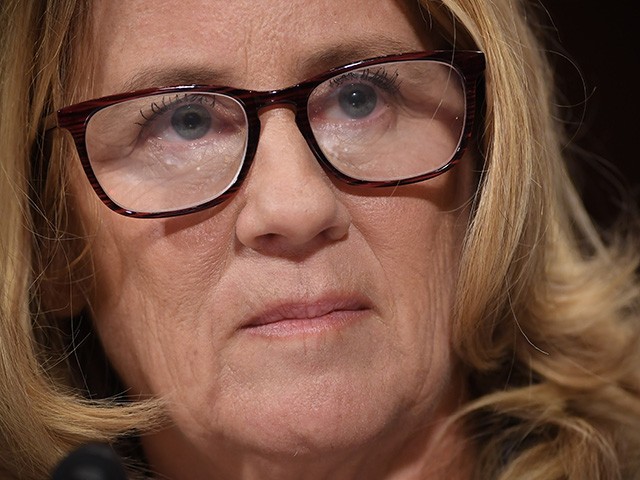 Veteran sex crimes prosecutor Rachel Mitchell asked if Ford had “any particular motives to ascribe” why Keyser denied any knowledge of the alleged incident. Ford suggested that “health challenges” played a role, insinuating that the denial may have come exclusively from her lawyer, saying Keyser “texted me right after with an apology”:

Leland has significant health challenges and I’m happy that she’s focusing on herself and getting the health treatment that she needs. She let me know that she needed her lawyer to take care of this for her. She texted me right after with an apology and good wishes.

I don’t expect that PJ and Leland would remember this evening. It was a very unremarkable party. It was not one of there more notorious parties, because nothing remarkable happened to them that evening. They were downstairs.

On Saturday evening, Keyser’s attorney sent a letter to the committee stating his client has no recollection of being told about the alleged incident or attending a party with Kavanaugh present.

As previously reported by Breitbart News, Howard Walsh wrote in a statement on behalf of Keyser: “Simply put, Ms. Keyser does not know Mr. Kavanaugh and she has no recollection of ever being at a party or gathering where he was present, with, or without, Dr. Ford.” Walsh’s statement described his client and Ford as “lifelong friend[s].”

The Senate Judiciary Committee earlier in the week told Keyser that Ford identified her as someone who attended the party, where the professor alleged she was groped and pinned down on a bed by Kavanaugh.