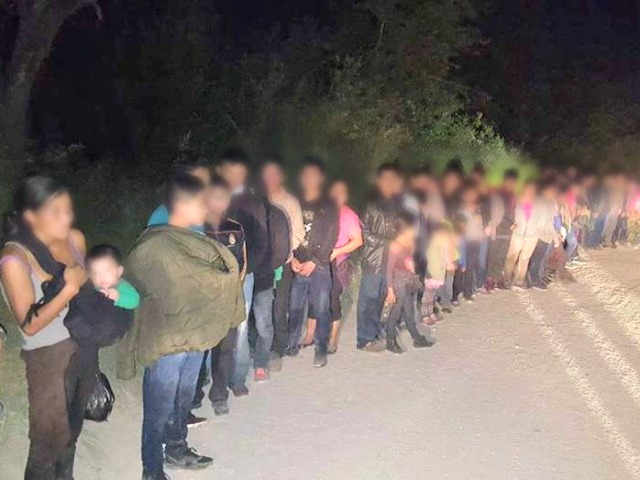 The U.S. House of Representatives will vote next week on a resolution offered by House Majority Leader Kevin McCarthy that admonishes U.S. cities for allowing illegal aliens to vote in local elections, as has been confirmed to Breitbart News exclusively.

The measure, which Democrats are expected to oppose, in two pages states that it is the position of the House of Representatives that allowing illegal aliens the right to vote disenfranchises American citizens.

The House vote is set to come next week, ahead of the all-important midterm elections. It comes after a number of cities, particularly San Francisco but also Chicago, a number of Boston suburbs including Cambridge, and others, have opened up local voting rights to illegal aliens–effectively disenfranchising American citizens who vote in these elections by diluting their voices with voices of people who entered the country illegally.

McCarthy said the efforts in these cities to give illegal aliens voting rights hurts American citizens, including most especially legal immigrants who become citizens.

“Naturalized American citizens often describe casting their first ballot as one of the proudest moments of their lives. The act is a reminder that they have become Americans, with all the rights and responsibilities of Americans,” McCarthy told Breitbart News. “Unfortunately, a handful of cities like Chicago, Cambridge, and most recently San Francisco allow illegal immigrants to vote in local elections. These radical policies weaken the voting power of law-abiding Americans, including naturalized citizens. Today I introduced a resolution stating that allowing illegal immigrants to vote devalues the franchise and diminishes the voting power of American citizens. I hope my colleagues will stand with me in protecting the right to vote for every American citizen of legal age, and rejecting all outside or foreign interference in our elections.”

Assuming the Democrats oppose this measure en masse, as they are expected to, it will draw a clear contrast with Republicans ahead of the all-important midterm elections. House Minority Leader Nancy Pelosi, who aims to become Speaker again should the Democrats hit the magic number of 24 net gains in the House to retake the majority, of course represents San Francisco, so the message from Republicans could not be clearer: Under Pelosi’s rule, the House of Representatives would become a place that stands up for illegal aliens over American citizens and disenfranchises Americans in the process.

A similar resolution over the summer in the House found Democrats split three separate ways when it came to their “abolish ICE” leftist rhetoric. Some Democrats voted on a measure to praise ICE, others opposed it, and the vast majority of them voted “present.” In an interview with Breitbart News at the time, McCarthy detailed how the Democrats’ abhorrent mistreatment of America’s immigration law enforcement officers proved they are the “New Socialist Democratic Party” and no longer the party of moderate Democrats like Tip O’Neill or John F. Kennedy.

“I’ve never seen anything like this on the floor of the House,” McCarthy said after most Democrats voted present to avoid praising ICE officers. “What the resolution simply does is it honors all those who work for ICE and it simply states what they do: One, stopping the million pounds of drugs, stopping those who become human traffickers—those people who are preying on our children, two thousand of those they’ve been able to stop. And saving like 900 kids who have been put into human trafficking. And it honors the lives of those six who have been killed in the line of duty, made the ultimate sacrifice in their job. One was even murdered from a cartel in Mexico. And it has one provision in there where it denounces any talk about abolishing ICE.”