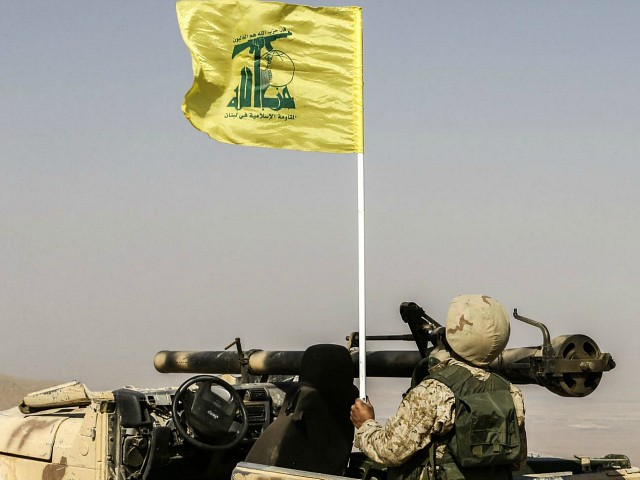 The leader of Iran’s narco-terrorist proxy Hezbollah, an ally of dictator Bashar al-Assad, said this week his group would remain in Syria “until further notice.”

“No one can force us out of Syria,” Sayyed Hassan Nasrallah, the leader of the Lebanon-based Shiite terrorist group Hezbollah, vowed in a televised address on Wednesday, Reuters reported. “We will stay there until further notice.”

Military support from Iran and its proxies along with assistance from Russia have allowed Assad to remain in power and recapture most of Syria.

Nasrallah praised the Russia-Turkey deal to establish a demilitarized zone in Syria’s Idlib province to try to avert clashes between Assad troops and opposition fighters. Iran reportedly played a role in negotiating the deal between pro-rebel Turkey and Assad’s ally Russia.

“We will stay there (in Syria) even after the settlement in Idlib. Our presence there is linked to the need and the consent of the Syrian leadership” Nasrallah declared, adding, “The quietness of the fronts and less number of threats … will naturally affect the current numbers (of Hezbollah fighters).”

Some experts like Lina Khatib of London’s Chatham House think-tank believe the Turkey-Russia agreement will only delay, rather than prevent, a battle for control of Idlib, considered the last major opposition stronghold in Syria.

The United Nations has warned that an assault to conquer Idlib, home to an estimated 3 million civilians, would trigger the “worst humanitarian catastrophe” of the 21st century.

Echoing Israel, the U.S. Department of State in a report released on Wednesday expressed concern about the presence of Hezbollah in Syria and elsewhere in the Middle East, noting that it threatens American interests in the region.

According to DOS’ Country Reports on Terrorism for 2017, Iran last year “bolstered the Assad regime in Syria” via Lebanese Hezbollah (LH) and its hard-line Islamic Revolutionary Guard Corps-Qods Force (IRGC-QF).

Since the end of the 2006 Israeli-Lebanese Hizballah conflict, Iran has supplied LH with thousands of rockets, missiles, and small arms, in direct violation of [a United Nations ceasefire resolution]. Iran has also provided hundreds of millions of dollars in support of LH and has trained thousands of its fighters at camps in Iran. Lebanese Hizballah fighters have been used extensively in Syria to support the Assad regime.

Citing a Hezbollah commander in September 2017, the Middle East Eye site estimated that the number of Hezbollah jihadis in Syria numbered more than 10,000.

Throughout most of the Syrian conflict, which has been raging since March 2011, Moscow has provided the air power to help the Assad regime, while Tehran, including its proxy Hezbollah, has provided much of the ground force that helped the dictator seize control of swathes of Syrian territory.

Assad and its allies reportedly control more territory than any other warring party in Syria.

Israel has carried out airstrikes against Iranian and Assad regime targets in Syria.

Haaretz learned from the U.K.-based Syrian Observatory for Human Rights, which uses a network of sources on the ground to monitor the ongoing war in Syria, that Israeli strikes in Syria have killed Iranian-allied 140 fighters in Syria over the past five months.