Aloysious Bigirwa, known to his friends at Breitbart News as ‘Bigz,’ is on a walking journey from Washington, DC, to New York with stops at points in-between to honor the legacy of his late wife, Kate, who died from cancer in 2017 after battling the disease for two years.

Bigz is walking to raise awareness and support for high-quality hospitals in Sub-Saharan Africa because, while Kate had access to some of the best treatment available in the world at American hospitals, 20 percent of African countries do not have access to cancer treatments, according to a 2017 BIO Ventures for Global Health (BVGH) report, including Bigz’s homeland, Uganda. 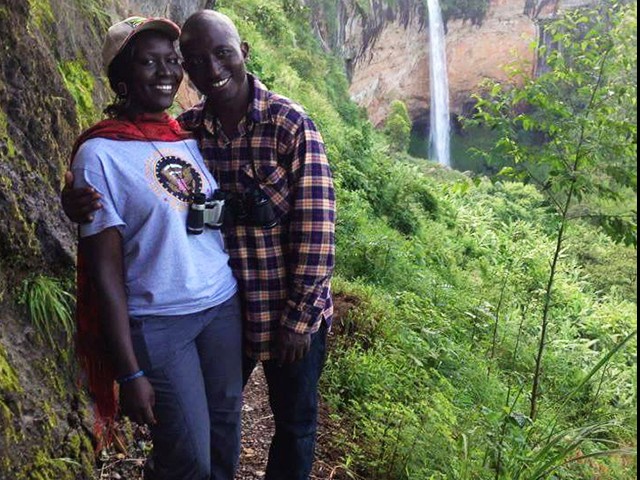 “In Uganda — right now there are about 7,000 patients who are supposed to be on [radiation] therapy treatment, but they have nothing,” he told Breitbart News. “What do you think is going to happen?”

Despite the excellent care Kate received, she lost her battle with cancer, leaving behind a husband and baby daughter.

Breitbart News marked the occasion of her death to remember their friendship and marriage, his quest for the American dream, and Bigz’s being part of the news outlet’s extended family:

Shortly after reaching U.S. soil, he became involved with the National Prayer Breakfast, where he mentored inner-city kids from broken homes. Bigz showed God’s love for them and how they could grow up with integrity, responsibility, and self-esteem no matter where they came from.

By 2011, Bigz had been recruited for a position at the Washington Bible College, where he continued to mentor an even larger number of kids.

Bigz always dreamed of having a large, loving family with whom to share in his ambitions and good fortune.

In an effort to realize his American dream, Bigz began working with the Breitbart team in 2013. The Uganda immigrant was considered an essential member of the Breitbart family, helping organize company events, meetings, and gatherings. He was always there and always with a smile on his face. He was on his way to achieving his American dream.

Now, Bigz is on another mission: to raise awareness about the lack of cancer diagnosis and treatment in Africa, and he hopes to raise money here in the United States to help remedy the deadly problem on that continent.

“It’s my hope that I will inspire somebody — some business leader, maybe political leader — to do something about this,” Bigz said.

Bigz began his African Walk for Cancer on Saturday, September 8, at the Virginia Hospital Center, where his wife received much of her medical care. Walking ten miles a day, he will make stops at other places that played a role in Kate’s journey, including Johns Hopkins Hospital in Baltimore, Cancer Treatment Centers of America in Philadelphia, and Memorial Sloan Kettering Cancer Center in New York City. 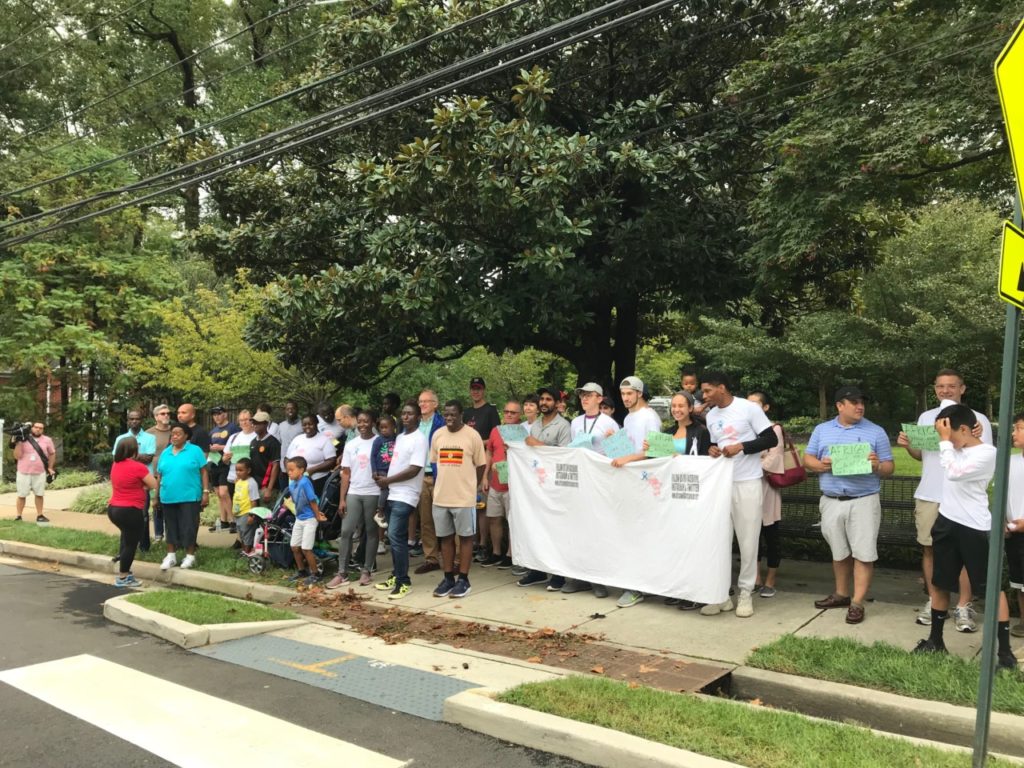 Friends gather to send Bigz off at the Virginia Hospital Center in Arlington, VA,  on September 8, 2018. (Amanda House / Breitbart News)

It will be a long trek for Bigz, but he is committed to the cause, a cause Kate was also passionate about, given the blessing of living in the United States and the treatment she received.

“Doing nothing is not an option,” Bigz said.

Bigz said in Africa, he personally witnessed people sleeping on hospital floors or sharing beds. And in many places, basic equipment for treating cancer does not exist.

“I believe if nothing happens, if I don’t do this walk, and if nobody campaigns for our African brothers and sisters who are suffering from cancer and actually other diseases, the conditions will even get worse because it seems things are getting really bad,” Bigz said.

In addition to interacting with people during his walk, Bigz has set up a website where people may donate to the walk. Funds raised will be given to the “Uganda Cancer Society, a consortium of 38 local and international organizations, including the American Cancer Society,” the website states. 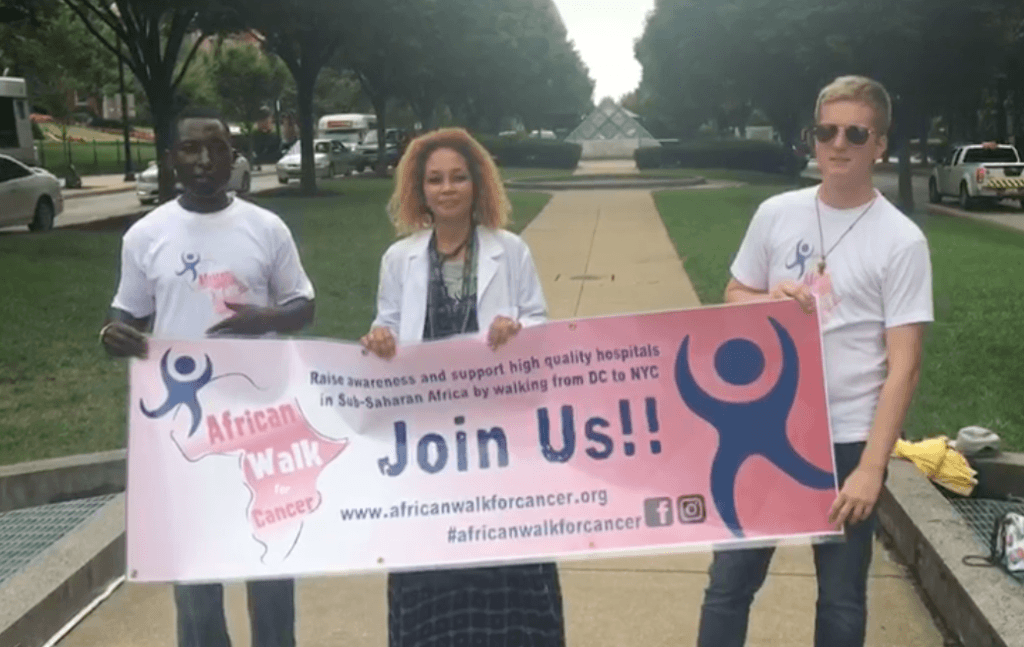 Bigz stops at Johns Hopkins Hospital along the way.

He said his faith in God is also a source of strength in pursuing his campaign and encouraged other believers to support it.

“Please, those of you who pray, pray for our people,” Bigz said.

Volunteers plan to join Bigz at different legs of his journey.