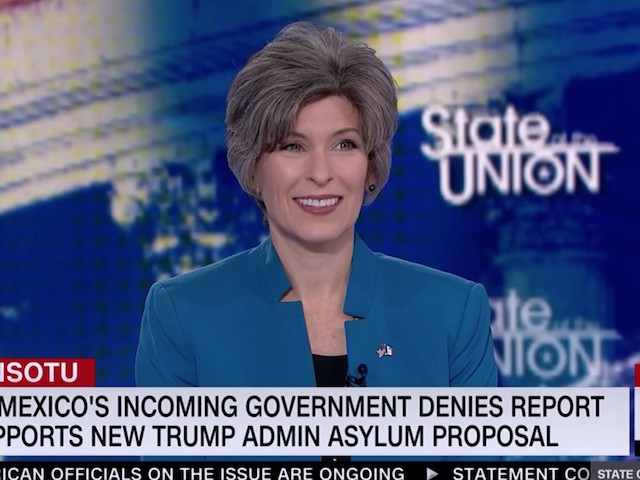 Sunday on CNN’s “State of the Union,” Sen. Joni Ernst (R-IA) suggested that the Senate needed to consider further action against Saudi Arabia given the allegations Crown Prince Mohammed bin Salman was responsible for the death of journalist Jamal Khashoggi.

BASH: I want to ask you about the murder of Jamal Khashoggi. The president is standing by Saudi Arabia, even though his own CIA has assessed that the Saudi crown prince at least knew about the murder. I talked to some of your Republican Senate colleague this is weekend who say they’ll be demanding congressional action. will you?

ERNST: I do think we need to look into this further and we need to understand where the investigations are leading us. I’m anxious to hear from a number of our intelligence agencies on this. Now, Saudi Arabia is a great strategic partner for us. It is an important country when it comes to the Middle Eastern region. We know that. They are a great projection platform for us. We understand that. however, human rights, we also are a very strong nation when it comes to human rights and the rule of law. And if there are indicators that the prince was involved in this murder, then we need to absolutely consider further action. So I would tend to be with my colleagues on this issue, understanding Saudi Arabia great strategic importance to us however we are a country that believes in human rights.

BASH: Does it concern you that the president seems to be giving the Saudis a pass?

ERNST: I wouldn’t say he is necessarily giving them a pass. Again, because they are such an important ally in that region. however, I think at such a time when it becomes necessary, the president also needs to speak directly to the Saudis and say enough is enough. And if there are indicators coming from those intelligence agencies, he also needs to be involved in some sort of action.