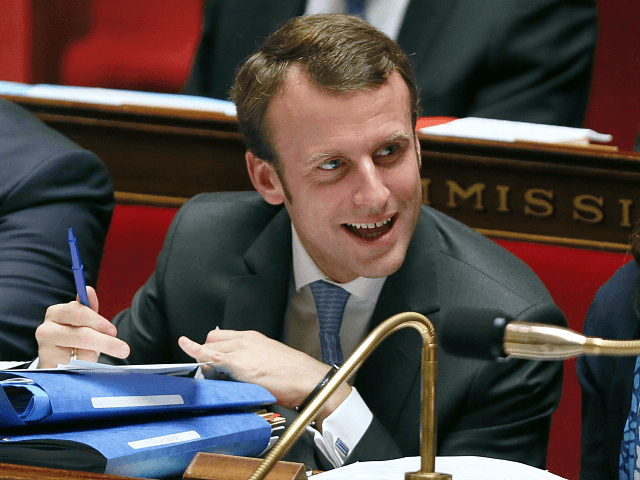 Paris was counting the cost of clashes between police and demonstrators Sunday on the Champs-Elysees where barricades were set on fire, luxury shop windows smashed, and traffic lights uprooted. Some 30 people were injured and 101 arrested, police said.

The government blamed much of the violence on a small minority of “ultra-right” activists who infiltrated some 8,000 demonstrators wearing the yellow, high-visibility vests that symbolise their week-long protests against hikes in fuel tax.

Bruno Le Maire, the economy minister, acknowledged Sunday that “the current crisis goes far beyond just a question of fuel”, adding that it was important that “work be better paid” to improve living standards.

“It is time to listen to the French,” he said on BFM television, suggesting that Macron, on Tuesday, would call for “grassroot debates” throughout the country on government policies.

Elysee presidential palace said Macron would make a speech next week on ecological transition where the French leader is expected to address the protests.

Opposition leaders have been quick to note that the protests, mostly organised by grassroots protesters coordinating by way of social media rather than by traditional political parties or trade unions, have won wide popular support.

“When a movement has the backing of three-quarters of French people, you give them an answer, you don’t just dismiss them as a gang of thugs,” Olivier Faure, the socialist party leader told Le Parisien newspaper.

Guillaume Peltier, a leader of the conservative Republican party, told Le Parisien it was “all too easy to stigmatise the ‘yellow vests’ … and equate their movement with that of a few unacceptable acts”.

Former investment banker Macron was elected on a pledge to put more money in workers’ pockets. But the effects of his pro-business reforms on unemployment and purchasing power have been limited so far.

He has seen his popularity slide to just 25 percent, according to one poll a week ago, and the protests reflect broader frustration with a leader critics label as aloof and a “president of the rich”.

Sunday morning, a number of protests continued, notably in southern France, where ‘yellow vests’ picketed the entrance to a motorway in Saint-Maximin and blockaded traffic in and around Avignon.

Protesters were also calling on social media for another national demonstration next Saturday.

The interior ministry said however that the number of protesters across France had dwindled from 282,000 on November 17 to 106,000 Saturday.

Macron, who took to Twitter on Saturday, to condemn the violence and cry “shame” on those who assaulted or intimidated policemen, journalists and other citizens, was in Brussels Sunday for a short summit of European Union leaders on Britain’s Brexit deal.

He was to return to Paris early to work on the speech he will give Tuesday on ecological transition, an opportunity which many politicians suggest he should use to announce measures to soften the impact of rising petrol taxes and restore public dialogue with trade unions and others on how to improve living standards.

“When you act like Louis XIV, you can expect revolts (…) The French back the ‘yellow vests’ because Macron promised them a new world, and they see that his policies aren’t delivering — neither an increase in purchasing power, nor a drop in unemployment, with ever higher taxes and spending,” Bruno Retailleau, who heads the Republican opposition in the Senate.

The “yellow vests” come overwhelmingly from non-urban areas of France. They feel overlooked and penalised by policies they see as being pushed through by elitist politicians in Paris.

Many of the often low-income “yellow vest” protesters are particularly incensed at Macron’s decision to hike anti-pollution taxes on diesel, while scrapping a wealth tax on the rich.

“I’m not just fighting against the price of fuel. It’s about tax, what we pay,” protester Catherine Marguier told AFP near the village of La Gravelle in northwest France.

Previous rounds of revolts pitting motorists against government took place in 1995, 2000, 2004, and 2008, often when tax increases coincided with high oil prices — as they have this year.

A poll by the Odoxa research group for Le Figaro newspaper this week found that 77 percent of respondents described the current protests as “justified”.