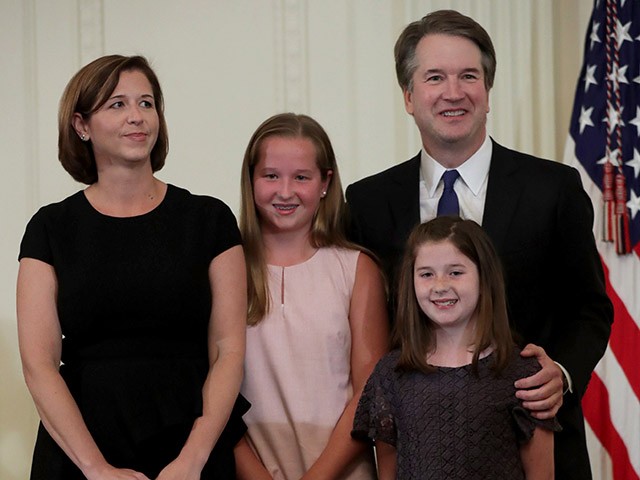 “Pray for Brett Kavanaugh and his family!” Trump wrote on Twitter, denouncing Democrats for trying to destroy Kavanaugh.

He again described Kavanaugh’s accusers as part of a Democrat plot and a “con game” to destroy his nominee to the Supreme Court.

“The Democrats are playing a high level CON GAME in their vicious effort to destroy a fine person,” he wrote. “It is called the politics of destruction. Behind the scene the Dems are laughing.”

Since Christine Blasey Ford first accused Kavanaugh of sexual assault, Trump has remained firmly behind his nominee and his family.

“His wife is devastated, his children are devastated. I don’t mean, ‘Oh gee, I am a little unhappy.’ They are devastated,” he said earlier on Tuesday. “And it is because of these Democrats.”

Trump added that the allegations, which are more than 30 years old, were “totally unsubstantiated,” and he warned that it would be a bad precedent for the United States Senate to block Kavanaugh’s confirmation.

“This is a high-quality person, and it would be a horrible insult to our country if this doesn’t happen,” he said. “And it’ll be a horrible, horrible thing for future political people.”

Trump has continued to highlight Kavanaugh’s qualifications for the Supreme Court, touting his great legal mind and character.

The Senate Judiciary Committee is scheduled to hear testimony from Ford about her allegations on Thursday — although it is unclear if she will testify.

A Senate vote to confirm Kavanaugh is scheduled for Friday:

The Democrats are playing a high level CON GAME in their vicious effort to destroy a fine person. It is called the politics of destruction. Behind the scene the Dems are laughing. Pray for Brett Kavanaugh and his family!