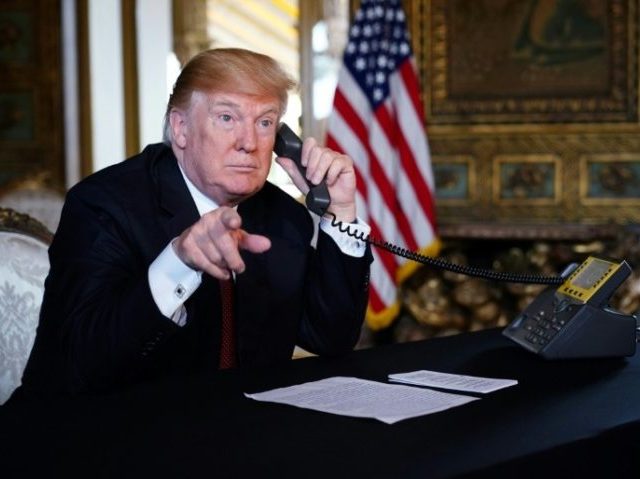 President Donald Trump signed a stop-gap bill on Friday to postpone a fight over a possible partial government shutdown until right before Christmas.

The bill passed by the House and the Senate extends appropriations until December 21. The previous deadline was December 7 but was postponed by Congress in response to the death of former President H.W. Bush.

The new Friday, December 21 deadline will force the government funding fight to the only deadline that appears to matter for members of Congress, the day to leave Washington to be with their families at Christmas.

Republicans already passed spending bills for most of the Federal government before the midterm elections but avoided a shutdown fight over border security by postponing the deadline for funding the Department of Homeland Security and other cabinet-level agencies until December 7.

Democrats, led by the once and future Speaker Nancy Pelosi have already refused to fund President Trump’s promised wall, but some have expressed some token funding for border security.

Trump first stated a preference for a $25 billion spending measure for wall funding. The House version of the DHS funding bill, however, only includes $5 billion for the border wall. Democrats signaled tacit support for $1.6 billion in border security funding, but only if it includes language preventing it from being used to build a “wall.”

Trump said in November that he was “firm” about wanting $5 billion in funding.

Trump has threatened a partial government shutdown over demands for wall funding, but Senate Majority Leader Mitch McConnell and current Speaker Paul Ryan have signaled their preference to avoid a shutdown altogether.

The federal government largely came to a halt after Bush’s death as Trump declared Wednesday as a National Day of Mourning. The House and Senate also canceled votes and most activity for the week.

Many members of Congress attended Bush’s memorial service in Washington, DC, on Wednesday, and some attended the funeral in Texas on Thursday.