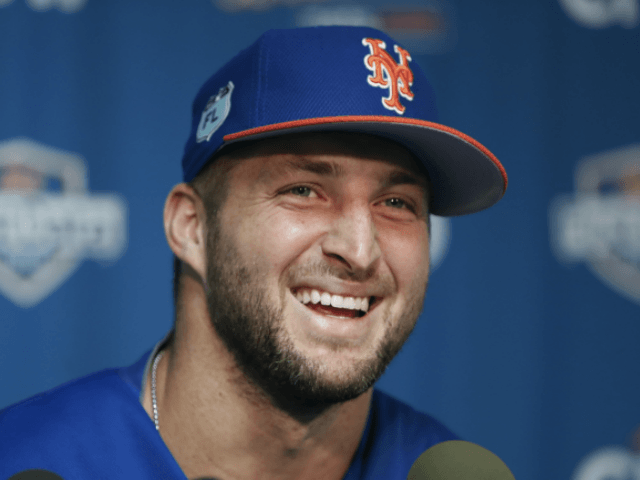 Tim Tebow has been steadily improving in his bid for a professional baseball career, so much so that New York Mets General Manager Brodie Van Wagenen says that the Heisman winner is only “one step away” from being called up to the majors.

Tebow is still set to begin the upcoming 2019 baseball season with the Class AAA Syracuse Chiefs, but if Wagenen’s words hold any weight, it appears that the college football legend may not spend the whole season there.

“If Tim Tebow is the best offensive player in Triple-A at that point, he’s going to be in (manager Mickey Callaway’s) lineup,” Van Wagenen said recently, USA Today reported.

Van Wagenen did represent for former NFL quarterback as an agent with CAA Baseball.

Still, Tebow has garnered wide praise with his two years in the minors. Unfortunately, his 2018 season was cut short when he broke the hamate bone in his right hand toward the tail of the season. The break required surgery, and there is no indication if he is yet back to playing condition.

In his 84 games last season, Tebow batted .273 with six homers and 36 RBI for the Class AA Binghamton Rumble Ponies before his hand injury.