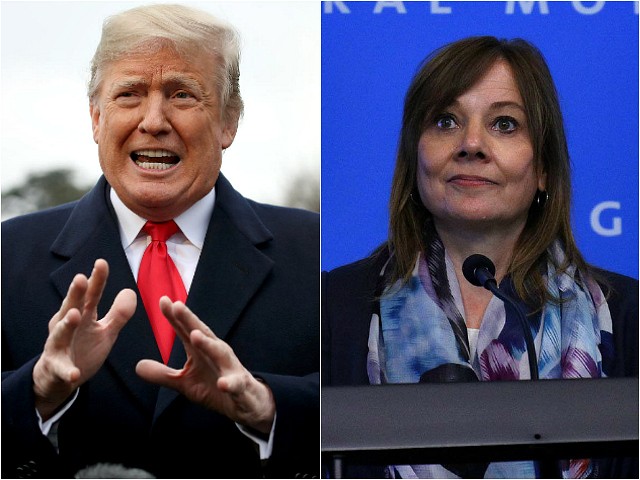 President Donald Trump criticized General Motors on Monday for announcing their decision to slash factory production, jobs, and cars in the United States.

“I’m not happy about it,” Trump said to reporters as he left the White House on Monday to campaign in Mississippi. The president said he spoke with the CEO of General Motors Mary Barra about the news, specifying he was “very tough” with her.

“This country has done a lot for General Motors,” he said. “They better get back to Ohio and soon.”

The company announced Monday their decision to cut 15 percent of its workers and close four plants in North America, including plants in Michigan and Ohio.

Barra told Trump that the Chevy Cruze was not selling well, which prompted the decision to close their manufacturing factory in Ohio, Trump revealed.

He urged the company to work quickly to get another vehicle to get produced in Ohio that would sell better.

Barra is expected to travel to the White House on Monday to meet with White House economic adviser Larry Kudlow.