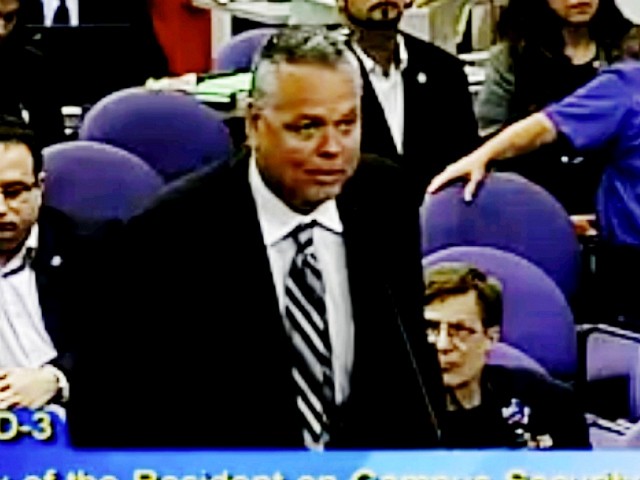 The deputy who stood by while the February 14, 2018, Marjory Stoneman Douglas High School shooting was taking place asked a judge to rule that he had “no legal duty” to protect the students.

The Sun-Sentinel reports that Scot Peterson’s attorney, Michael Piper, told Judge Englander Henning, “We want to say he had an obligation, but the law isn’t that. From a legal standpoint, there was no duty.”

Henning rejected Piper’s argument, opining that Peterson had an “obligation to act reasonably” in response to the shooting.

The suit against Peterson is a wrongful death suit brought by Andrew Pollack, father of Parkland shooting victim Meadow Pollack.

Joel Perwin, Pollack’s attorney, expressed astonishment that Peterson is trying to get the suit dismissed. Perwin said, “It is inconceivable that anyone could advance the proposition that Scot Peterson had no duty to these people. That is an absurd proposition. … This was an abdication of responsibility when this [shooting] happened, and it is an abdication of responsibility now in this courtroom.”

Breitbart News reported that just weeks after the Parkland shooting, Broward County Sheriff Scott Israel confirmed that Peterson had radioed that he was hearing gunshots during the attack. Peterson was standing outside the building listening to the sound of gunfire when he radioed, “Shots fired.”

Today.com reports that Peterson arrived on scene outside Building 12 shortly after the attack had begun, then allegedly stood outside for another five minutes as the attack concluded.

I filed a wrongful death suit against Deputy Peterson today. I want to expose that coward so bad. Where ever he goes I want people to recognize him and say that’s one of the cowards of Broward. The SRO that let those children and teachers die on the 3rd floor!