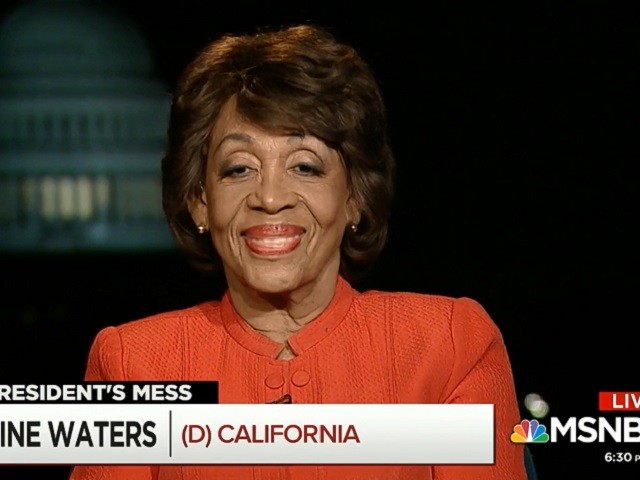 On Wednesday’s broadcast of MSNBC’s “All In,” Representative Maxine Waters (D-CA) said members of Congress have a “responsibility” to impeach presidents who commit high crimes and misdemeanors, and some members are “derelict in their responsibility.” She suggested that one possible reason for the hesitation to impeach President Trump is because some might “believe that Trump will cause a revolt.”

Waters said, “[A]ll of the descriptions of what would happen if we move to impeach Trump are basically excuses. Excuses, because, you know, maybe they don’t want to fail at it, maybe they believe that Trump will cause a revolt. You know, you talk about violence, and they accuse others of violence. This president basically said, if you move to impeach me, my people are going to revolt, and maybe some of that is resonating with the senators, the members of Congress, Republican or Democrat. But they are derelict in their responsibility. The Constitution gives us the responsibility to impeach a president and others in government if, in fact, they are guilty of high crimes and misdemeanors, which we define.”

Waters also floated the possibility that “Democrats fear that somehow, if we move to impeach him, maybe his base will grow larger. I don’t think so.”