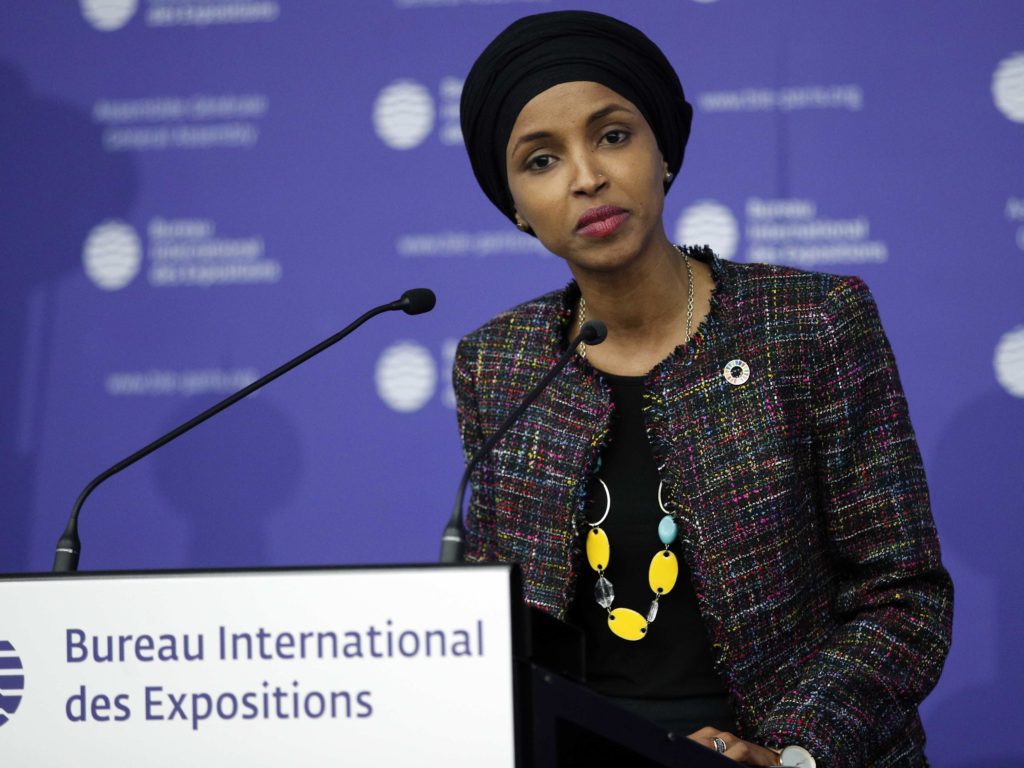 Minnesota school records provide more evidence for the allegation that the Democrats’ candidate in a Minneapolis district may have committed immigration fraud to help her Somali brother, says a report by PJ Media.

Ilhan Omar is a Somali immigrant, who mobilized Minneapolis’ Somali immigrant population in 2016 to win a state election primary against a 22-term, pro-immigration Democrat, Phyllis Kahn.

Now a state representative, Omar is also running in the state’ s fifth congressional district which is held by retiring Rep. Keith Ellison, and which is overwhelmingly Democratic. She has pushed far-left policies and a pro-migration agenda, which was ignored during a brief debate, hosted by Minnesota Public Radio, with the GOP candidate, Republican activist Jennifer Zielinski.

During her 2016 race, investigators dug up much evidence that Omar married her brother in 2009, possibly breaking several laws. In December 2017, she legally divorced the person alleged to be her brother.

The new evidence was found in the state’s school records, which show that a student with a very similar name to Omar’s husband was registered as a student, PJ Media reported:

According to official student enrollment records archived by St. Paul Public Schools and the state of Minnesota, an “Ahmed N. Elmi” was enrolled as a senior in the Class of 2003 at Arlington Senior High School in St. Paul, MN, from September 6, 2002, until June 10, 2003. He graduated and received a diploma.

Both Ilhan Omar’s 2009 marriage documents and her 2017 divorce proceedings state that Ahmed Nur Said Elmi was born on April 4, 1985.

After the report was posted, Omar’s Tweeted a criticism of independent media but did not offer evidence that her former legal husband is not her brother.

The Republican/right-wing organized propaganda machines are strong and a big threat to our democracy.

I believe the world’s most resilient democracy has enough strength to resist it.

It’s gonna take all of us collectively working together to defeat it!

We are in a disturbing era, where fake journalists on bigoted blogs make wild claims in their headlines and baselessly accuse people of disturbing crimes.

Remember, this is how Trump won. Now much of the right has caught on: When they can’t win with ideas, they stoop to hate.

In mid-October, the Associated Press reported on Omar’s reaction to billboard advertisements which highlighted the possible crime:

Last week, Minnesota Republicans in the 5th District began a digital billboard campaign and launched a website that highlights the allegations, many of which were first raised by conservative media outlets in 2016 as Omar was running for her seat in the Minnesota Legislature.

Omar broadly denied the allegations in a statement to the Associated Press, but declined to provide documents or answer specific questions when pressed.

“We choose not to further the narrative of those who oppose us,” Omar’s statement said, adding that she believes the claims are being made by people who want to stop a black, female Muslim from sitting in Congress.

Omar and her campaign have declined to provide the AP with a list of her siblings, but she has said publicly that she is the youngest of seven children. Elmi’s birthdate on the couple’s marriage certificate would make him three years younger than she.

Under President Donald Trump, federal agencies have begun to prosecute more cases of immigration fraud, including cases of chain-migration fraud among Somalis living in Minnesota.