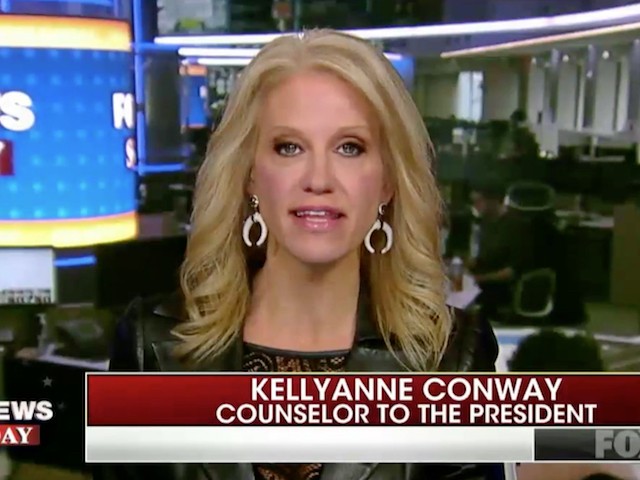 On this weekend’s broadcast of on “Fox News Sunday,” White House counselor Kellyanne Conway said a video press secretary Sarah Huckabee Sanders tweeted of the interaction between CNN’s Jim Acosta and an administration intern was not altered.

Conway said, “Do you mean by edited or, as others are saying, ‘doctored’ video? He either put his hands on her and grabbed the mic or he did not, and he clearly did.”

She continued, “Well that’s not altered. That’s sped up. They do it all the time in sports to see if there’s actually a first down or a touchdown. So I have to disagree with them, I think, overwrought description of this video as being doctored as if we put somebody else’s arm in there.”

She added, “He should have apologized to that young aide. As a woman who’s had people put their hands on me, thinking they have a right to get in my personal space. I don’t like him pulling that mike back and doing on her arm. It looked like a karate chop almost.”