SiriusXM host Rebecca Mansour introduced the segment with the first two stanzas of “In Flanders Fields,” written by Lieutenant-Colonel John McCrae of the Canadian Forces in 1915:

In Flanders fields the poppies blow
Between the crosses, row on row,
That mark our place; and in the sky
The larks, still bravely singing, fly
Scarce heard amid the guns below.

We are the Dead. Short days ago
We lived, felt dawn, saw sunset glow,
Loved and were loved, and now we lie
In Flanders fields.

Naylor said of WWI, “I think that the world came undone during those years, and after more than four years of conflict, it’s as though the world came to its senses. When it was put back together, it wasn’t quite what it was before.”

Naylor described America’s geopolitical ascendance via WWI, “For the United States, it was such a profound dramatic transformation, being drawn out from essentially an isolationist country onto the world stage demonstrating its financial power, its economic and industrial might, retreating perhaps a little after the war into its own self for a period, but really set the stage for and birthed the first American century.” 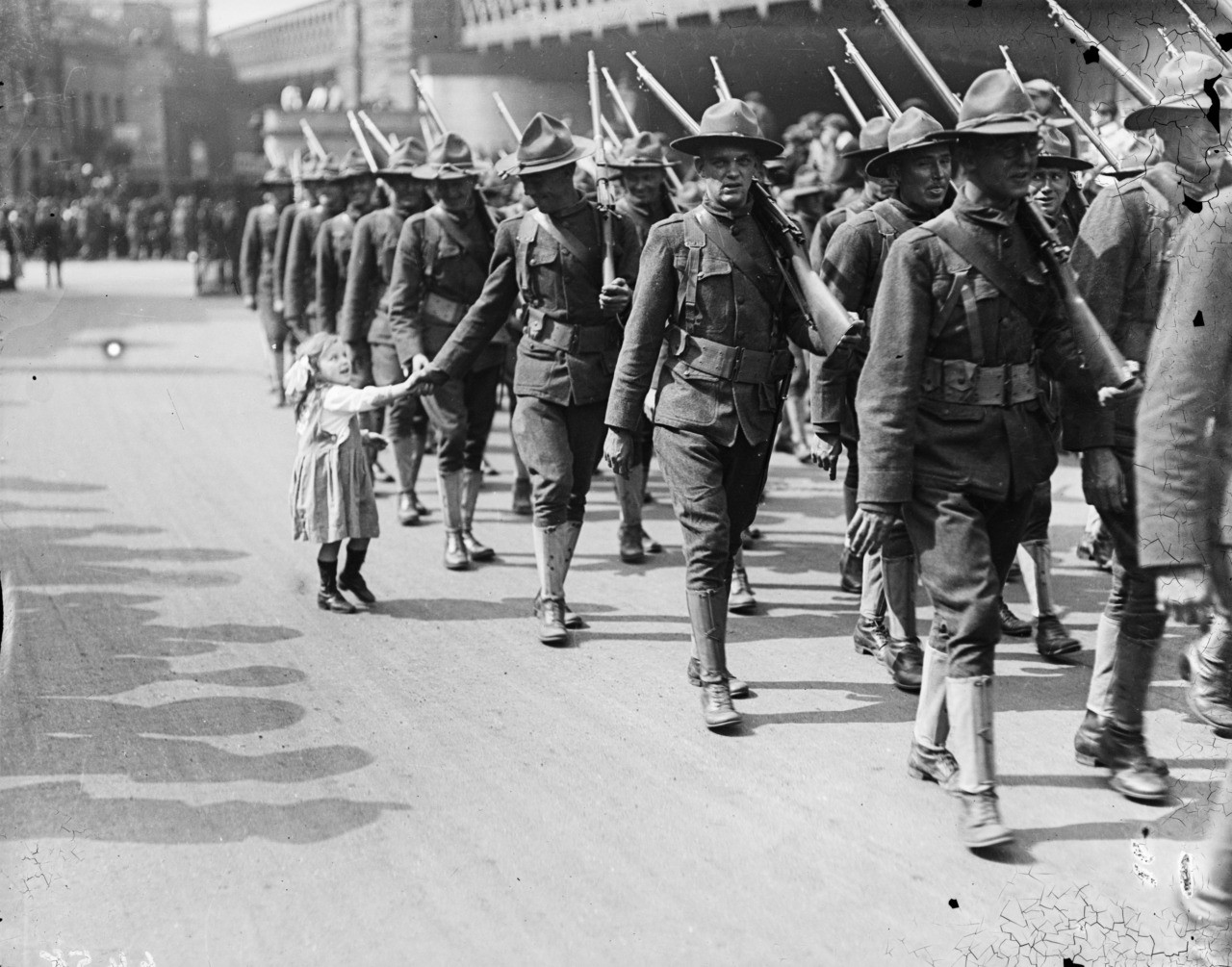 A little girl shakes the hand of an American soldier as his troop parade through the streets of London on August 15, 1917. (A. R. Coster/Topical Press Agency/Getty Images)

Naylor examined broader impacts of WWI on international affairs, “Empires done away with, new countries formed, experiments in democracy, enormous development in technologies; we can’t underestimate the impact of World War I in really defining for us the last 100 years, and so it’s right that we should commemorate the founding catastrophe of the 20th century.”

Naylor noted how WWI saw 65 to 70 million service men and women — primarily men — mobilized for war, with casualties of more than 30 million. About half of all combatants were killed or wounded. “Seven thousand two hundred deaths a day, 300 an hour, five a minute; for more than four and a half years,” said Naylor. “The scale of this is just difficult to wrap your head around. So it’s right that we commemorate, that we learn lessons, and that we honor those who served, to acknowledge their courage and the sacrifice that they gave, and to reflect on the risk there is, as it were, of sleepwalking into catastrophe.” 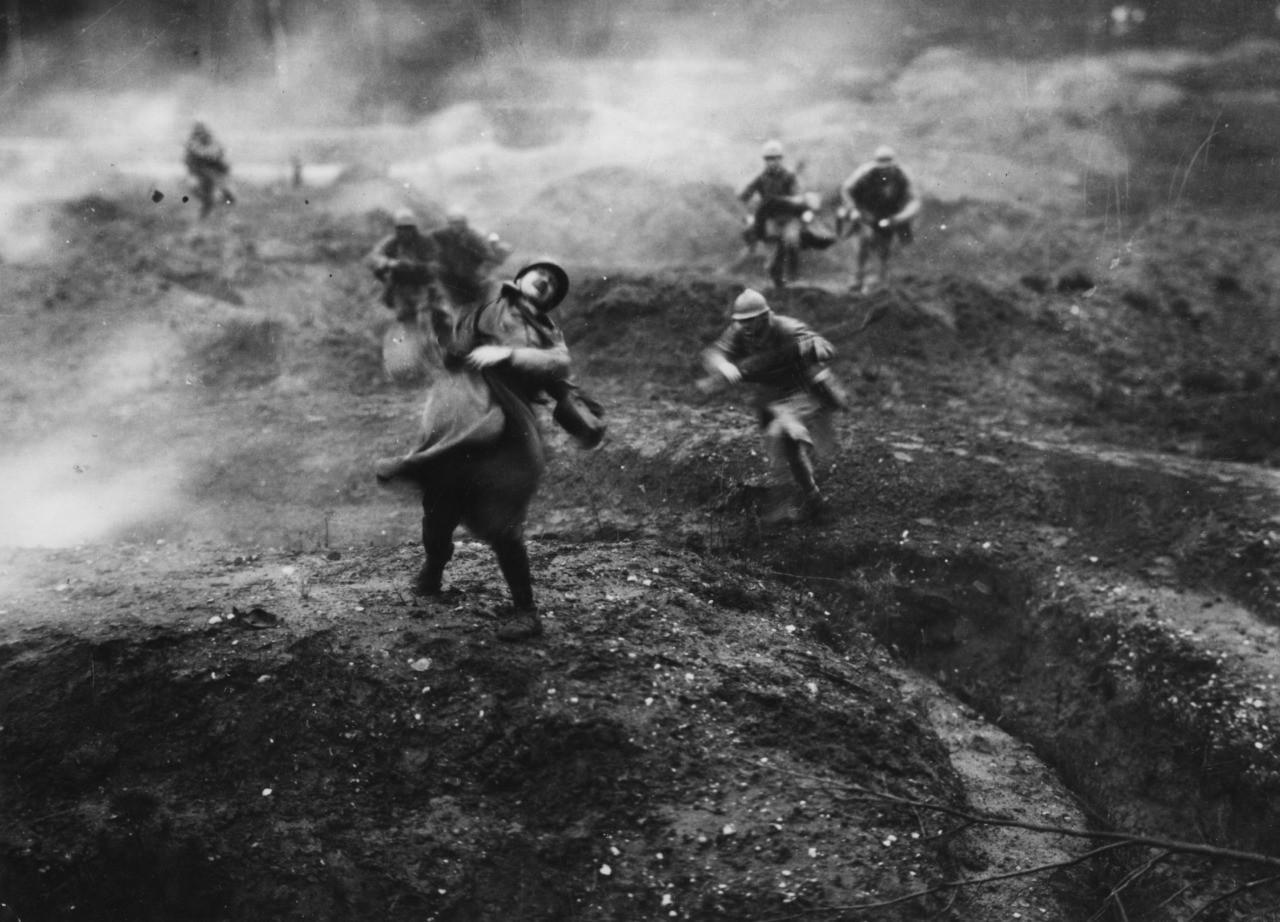 French soldiers on the battlefield, during an offensive action on the French fortress town of Verdun. (Hulton Archive/Getty Images) 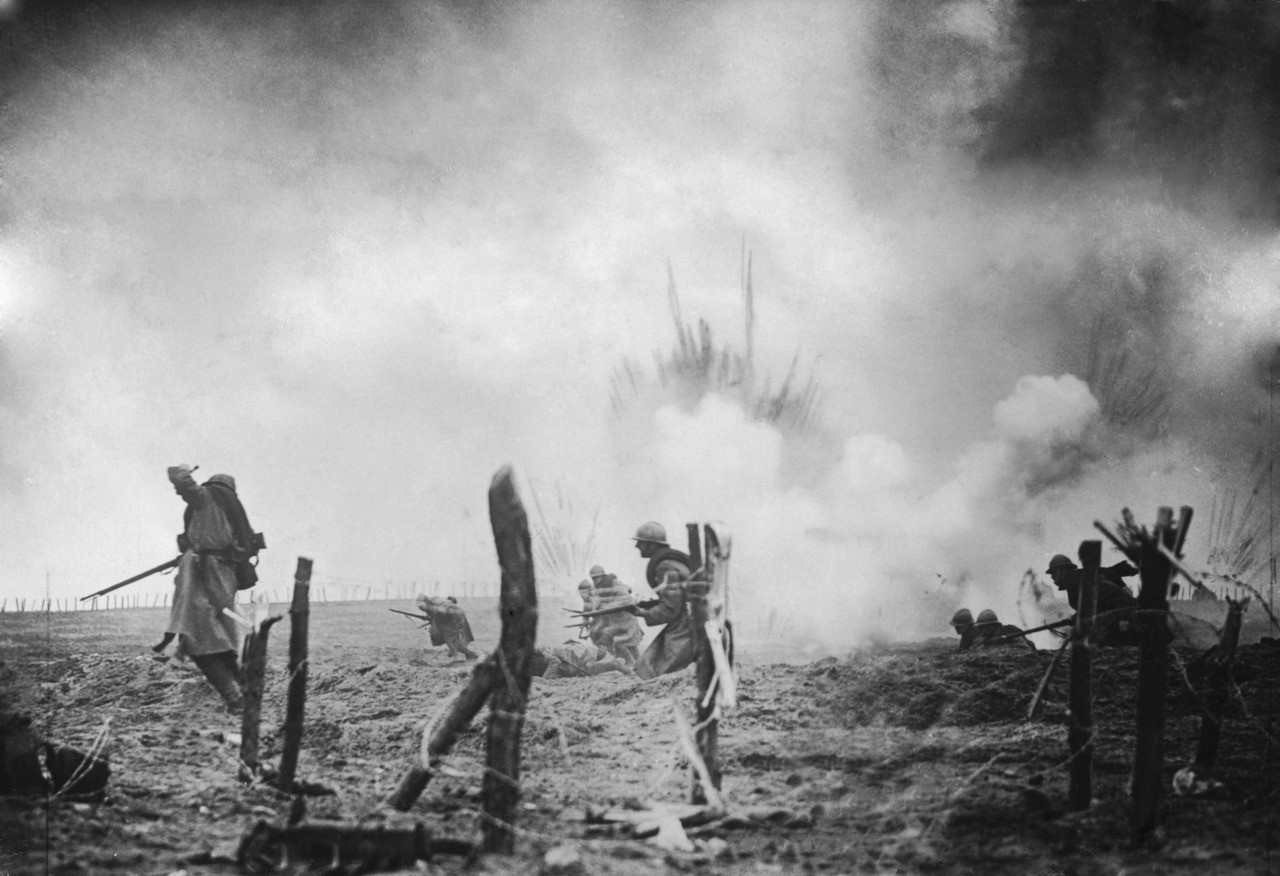 Originally from Australia, Naylor reflected on WWI’s impact on Australians, “Forty percent of all males of service age [in Australia] were shipped off to Europe, of those, a 65 percent casualty rate. There wasn’t a household that wasn’t somehow impacted by WWI.”

Naylor added, “For Australia, World War I also begins the 100-year defense relationship with the United States, On July 4th, 1918, the Battle of Hamel, American troops served under Australian command … a 90-minute battle, it was a successful battle and significant in the beginning of the turning of the war, and that began what has been a very successful and important defense relationship. Australia and the United States have fought together in every major war since World War I. July 4th, 1918, marks an important moment for the U.S. and Australia.” 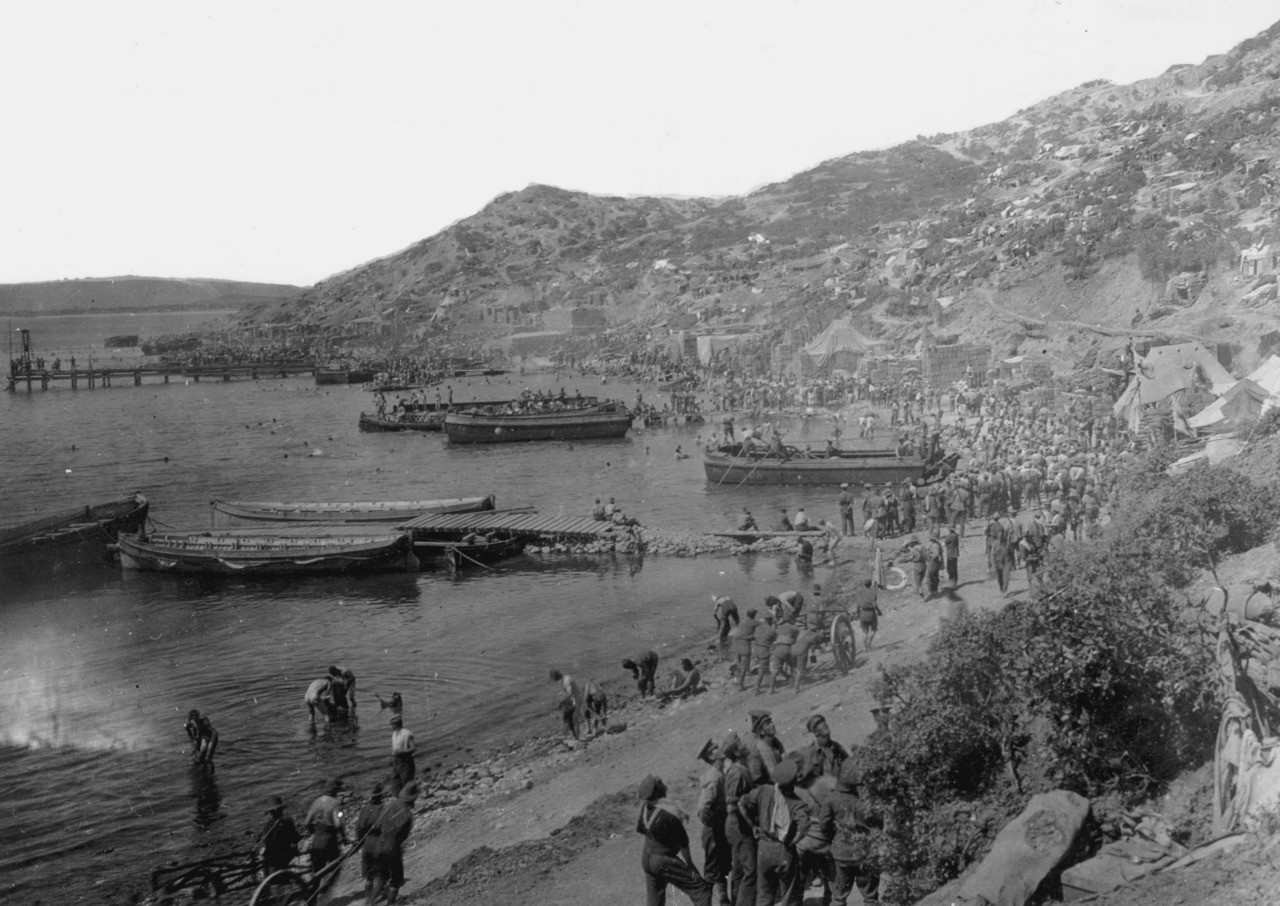 “We’re bathing the memorial in poppies from sunset until the early morning hours for the nine nights leading up to and including November the 11th,” said Naylor of the National World War I Museum and Memorial’s commemoration of WWI’s end. “At the time of the armistice … many church bells began to ring in cities. At 11 o’clock on November 11th, on Sunday, many communities will be ringing or tolling bells to commemorate the fallen and remember the armistice, and that’s what we’ll also be doing at the National World War I Museum and Memorial. There will be a wreath laying and bell tolling ceremony at 11 o’clock, and we’ll be tolling the bell 21 times.”

Naylor continued, “In fact, the bell that we’re tolling was rung each day during the U.S. involvement in World War I by the Daughters of the American Revolution in 1917 and 1918, each day, and then in 1926, when President Coolidge came to Kansas City to open the memorial and dedicate it, that bell was rung. The bell was tolled 11 times, its ringing was broadcast by radio together with President Coolidge’s speech, and that very same bell is going to be tolling 21 times at 11 o’clock to honor the Americans. More than 116,000 Americans who lost their lives, approximately 4.7 million Americans who served … and perhaps as many as 65 million others who were involved as combatants in the war.”

The National War War I Museum and Memorial will be livestreaming its centennial ceremony via its Facebook page and website beginning at 10:30 a.m. Eastern (9:30 a.m. Central and 7:30 a.m. Pacific).

O’Donnell said, “If Germany had been allowed to remain a great power in Europe, it would have changed the entire world. It would have changed the trajectory of the United States, for sure. … I think World War I is the seminal event of the 20th century, and it leads America on a trajectory to lead the American century, too. Everything from the birth of the modern Marine Corps to the modern Army, there’s a rise of international communism, there are so many first-, second-, and third-order effects that come out of the war. It still continues to impact us today.”

O’Donnell noted how hundreds of Americans were killed in the hours before WWI’s armistice, detailing some of the story in his Friday-published article, “Armistice Day, The Last Night of WWI and a Bridge Into Hell.”