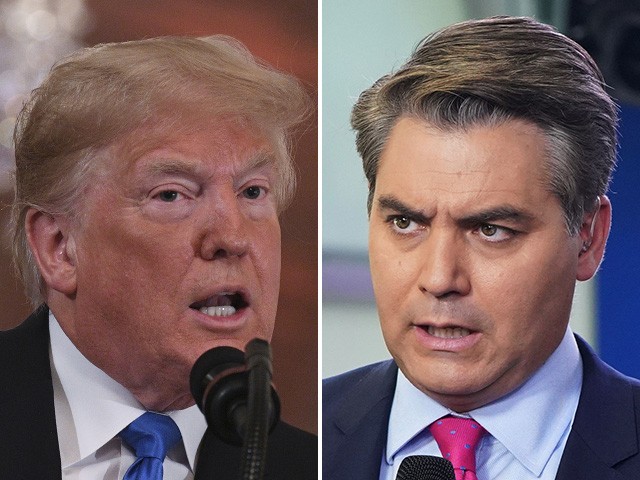 Trump called on Acosta, who began questioning the president over his use of the word “invasion” to describe the Central American migrant caravan traveling towards the U.S.

Following a back and forth over the caravan, Trump said, “Honestly, I think you should let me run the country, you run CNN, and if you did it well, your ratings would be much better. Okay, that’s enough.”

Acosta attempted to ask another question, and a White House aide tried grabbing the microphone out of his hand.

The CNN reporter continued to hold the microphone to ask a question about the Russia investigation while Trump tried to move on to another reporter.

“I will tell you what, CNN should be ashamed of itself having you working for them–you are a rude, terrible person, you shouldn’t be working for CNN,” Trump said.

Trump moved on to another reporter, but Acosta stood up again and began asking Trump another question.

“Okay, just sit down, please,” Trump said. “When you report fake news, which CNN does, a lot, you are the enemy of the people.”