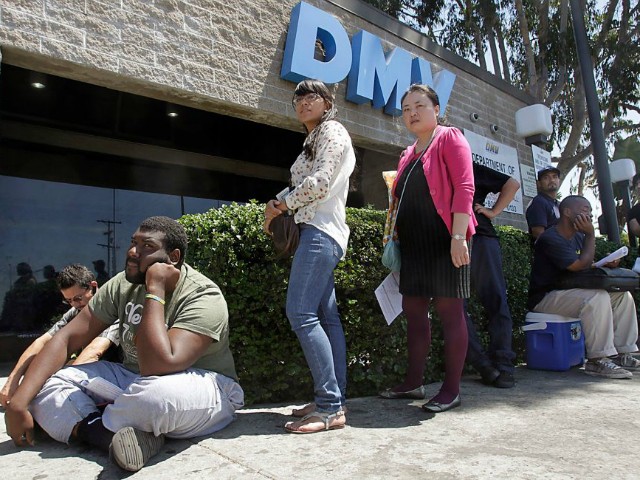 The California Department of Motor Vehicles (DMV) revealed Monday evening that it had registered 1,500 non-eligible people, including non-U.S. citizens, to vote between April and September, despite assuring the public for years it had safeguards to prevent that from happening.

The error is the latest scandal for the DMV, which had to admit a month ago that it made 23,000 over voter registration errors.

In 2015, AB 60 went into effect, granting over one million illegal aliens in the Golden State the ability to apply for driver’s licenses without having their immigration status reported to federal authorities. In 2017, AB 1461, the “motor voter” law, automatically registered Californians to vote when they applied for driver’s licenses unless they were ineligible. State officials reassured the public that non-citizens would not be allowed to register to vote because database safeguards would prevent it.

The DMV says that the 1,500 improper registrations do not include any illegal aliens, according to SFGate.com.

In response to the news, California Secretary of State Alex Padilla, a Democrat, called for an independent audit of the DMV. Governor Jerry Brown ordered his own audit of the DMV last month, after the agency was criticized heavily by Republican businessman John Cox, who is running for governor in November against Democrat Lieutenant Governor Gavin Newsom.

Cox has said he will reform the DMV if elected governor.

The Los Angeles Times notes: “Elections officials canceled the [errant] registrations. And though absentee ballots will begin going out this week, they said the bar code on each individual ballot would ensure that no votes would be tallied on election day.”

It adds: “In addition to the 23,000 registration errors disclosed last month, the system mistakenly sent out double registration forms for some Californians who had visited the DMV in the spring.”

Conservatives have long warned the DMV’s new process could lead to non-citizens voting.

Update: Kansas gubernatorial candidate Kris Kobach told on Breitbart News Daily on Sirius XM 125 that California had been one of several states that had refused to cooperate with federal efforts to study voter fraud.

This article has been updated to indicate that the 1,500 people who were errantly registered included non-citizens, but that did not mean all 1,500 were non-citizens.