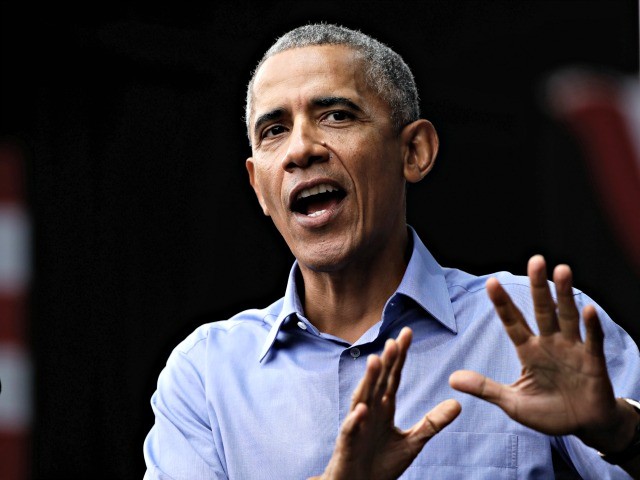 Former President Barack Obama on Wednesday laid out his vision before the Oslo Business Forum in Norway for tackling climate change if he were once again in the White House, while criticizing the Trump administration’s environmental policy.

INTERVIEWER: First of all, what everyone is curious about, if you were president once more for a day, what would you have done and why?

OBAMA: You know, the truth is if I would president for a day I would do much because the nature of the U.S. presidency, although it is obviously is an extraordinarily powerful position, you stand atop a big ocean line. Steering that ship takes a lot of people and a long time, even if there is a move of a few degrees. So, in one day, I would say hello to all the staff at the White House that I miss. But, obviously, if I had a longer stretch of time, there was a lot of unfinished business when I left. That’s the nature of democracy, you take the baton from the person behind you and you run your race, then you have pass it on and you haven’t done everything you would like to do. The single highest priority that I see globally is the issue of environmental sustainability and climate change.

Obviously, Paris Accords were an important step in the right direction, but it was only a first step and so much more work needs to be done. The good news is technology is accelerating faster than we might have expected, and I’m confident that if we’re able to create an effective ridge over, let’s say over the course of 25-30 years with more efficiency and deployment of existing technology, that we could get to a point were new technologies take us where we need to go. But, that requires a level of political and social commitment on the part of all of us: businesses, the non-profit sector, each of us individuals, that right now is not forthcoming. Unfortunately, we have a U.S administration that deals differently around these issues.