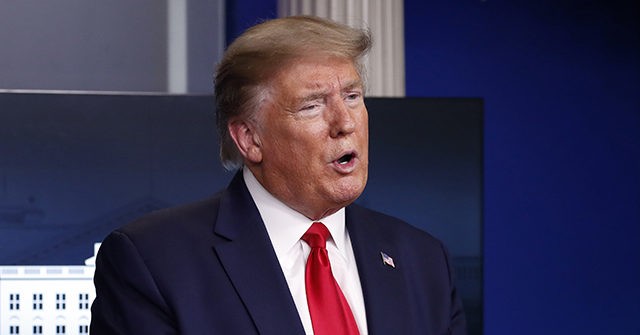 “We will not stand for any attacks against Judge Barrett’s faith,” he said. “Anti-Catholic bigotry has absolutely no place in the United States of America.”

He added that anti-Catholic bias “predominates in the Democrat party” and urged Catholics to send a message to them in the election in November.

Trump stated to Catholics that he picked Barrett to “protect your God-given rights.”

The president spoke at the traditional annual Al Smith fundraiser dinner, held digitally this year due to the coronavirus.

Although the speeches are traditionally roasts of the opposing candidate, Trump and Biden both kept their addresses serious.

“From the very beginning of our republic, Catholics have uplifted and enriched our nation beyond measure,” Trump said.

The president’s speech for the event was pre-recorded as was that of former Vice President Joe Biden.

Trump thanked Cardinal Timothy Dolan for his “stewardship” of the church during the pandemic and for advising him at times during his presidency.

“When the virus came in from China, we saw New Yorkers respond with the same grit and tenacity, courage, and selflessness that have always defined this city that we love so much,” Trump said.

The president thanked Catholics for serving the country during the time of crisis.

“Now more than ever, our nation needs a renewal of the values that this organization promotes and that the Catholic faithful live out each and every day in peace,” Trump said.

He also recalled his administration’s support of Catholic schools, his decision to side with the Little Sisters of the Poor, and his defense of the right to life.

“Every child born and unborn is made in the holy image of God,” Trump said.