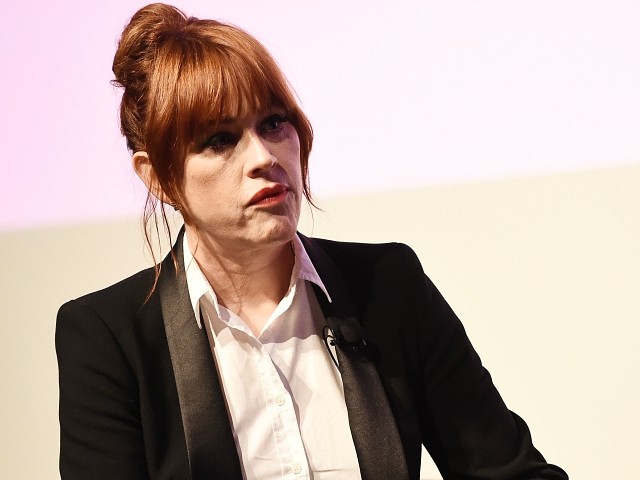 Like so many of her Hollywood peers, Ringwald has taken to becoming a Twitter warrior and on Thursday the Sixteen Candles actress jumped to her Twitter account to pass judgment on the Republican Party.

“It’s no longer the Republican Party to me. It’s the Rape Party,” she tweeted.

It’s no longer the Republican Party to me. It’s the Rape Party.

If Ringwald thought she would find a safe space on Twitter, though, she has been disabused of that notion with the hundreds of replies to her tweet taking her to task for her ignorant name calling.

It also seems that Ringwald has forgotten that her side of the political aisle has its own “rape party” problems. What with Bill Clinton as its ringleader, the Democrats have such stellar persons as Democrat mega-donor Harvey Weinstein, Anthony Weiner, Ted Kennedy, Keith Ellison, Daniel Inouye, and a host of other lesser-known Democrats such as Donny Ray Williams, Brock Adams, Mel Reynolds, Fred Richmond, and many others, all having rape accusations (and in some cases convictions) hanging over them.

Ringwald was also upset that her friend, comedienne Amy Schumer, was arrested for disturbing the peace in Washington D.C. on Thursday.
“Protest and get arrested? This is what Fascism looks like,” she tweeted.

Protest and get arrested? This is what Fascism looks like.https://t.co/Y4DrVnHmVt

Many have recently pointed out that Ringwald’s own motion picture oeuvre from the 1980s may be a bit suspect. After all, many of her 80s films celebrated teen drinking, sexual promiscuity, and drug use. Indeed, even the actress herself recently noted that some of her past films are morally suspect. Having children of her own gave her a “different perspective,” apparently.

But Ringwald is hardly alone with her dip into hardcore, left-wing politics during this Brett Kavanaugh confirmation process.

Actor John Leguizamo had a Twitter meltdown this week, saying that the Republican Party is filled with “sexual assaulters” and “pedophiles.”

ABC’s The View host Joy Behar also recently said that the GOP message to boys is that they are allowed to be “gropers” if they grow up to be powerful.

Twitter warrior Alissa Milano chimed in, as well, informing MSNBC of her delicate mental state because she is “filled with rage” that the GOP is “institutionalizing sexual abuse.”