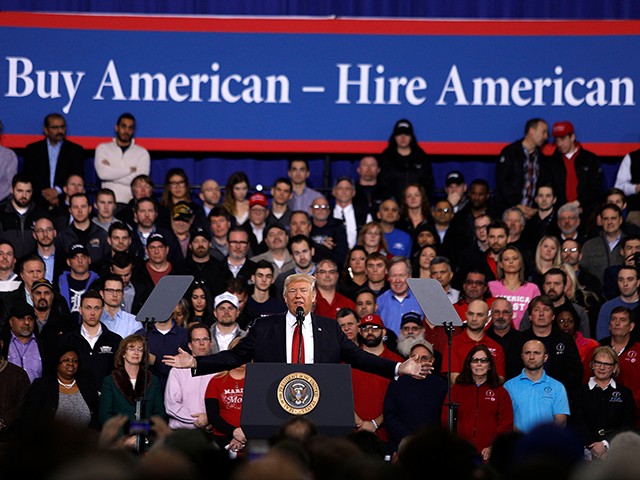 Data released by the Labor Department on Friday reveal that 4.8 million more Americans have joined the work force since President Trump took office in January 2017.

That figure includes the 2.88 million more Americans who are employed now than were employed in December of 2017.

The U.S. economy added 312,000 jobs in December, according to Friday’s jobs report.

The [0.02 percent] rise in unemployment was due to nearly 400,000 Americans entering the workforce. The labor force participation rate rose by two-tenths of a percentage point. It’s likely that higher wages and plentiful jobs are luring people back into the workforce.

“The Trump economy is making America great again as the government dependency cycle is being broken more and more each day through the best social program invented — a real, productive, meaningful job,” said Rick Manning, the president of Americans for Limited Government, in a statement Friday on the jobs numbers.

“Let’s hope that Speaker Pelosi doesn’t mess it up with higher spending and tax increases,” he added. “Rather than seeking to impeach the President, the Democrats in Congress should be looking for ways to work with him to increase the wealth effect being created through this virtuous economic cycle.”