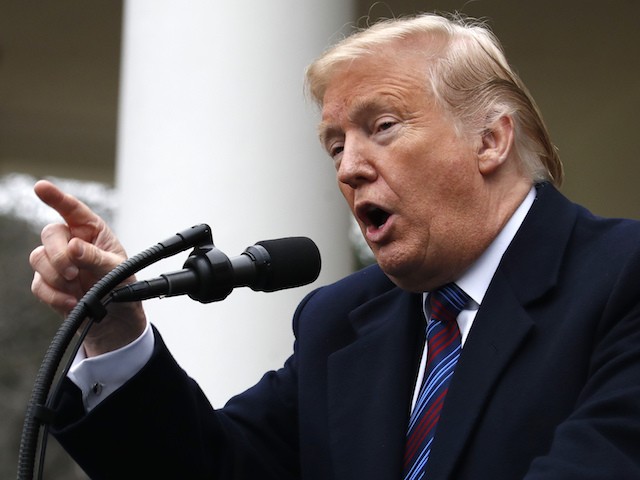 “I thought her comments were disgraceful,” Trump said. “This is a person that I do not know, I assume she’s new.”

Tlaib vowed on Thursday evening to “impeach that motherfucker,” referring to Trump at a MoveOn.org event in Washington, DC, after Democrats took power in the house.

The president commented on the news during a Rose Garden event at the White House where he took questions.

He indicated that it was not suitable behavior for a Congresswoman.

“I thought it was highly disrespectful to the United States of America.”