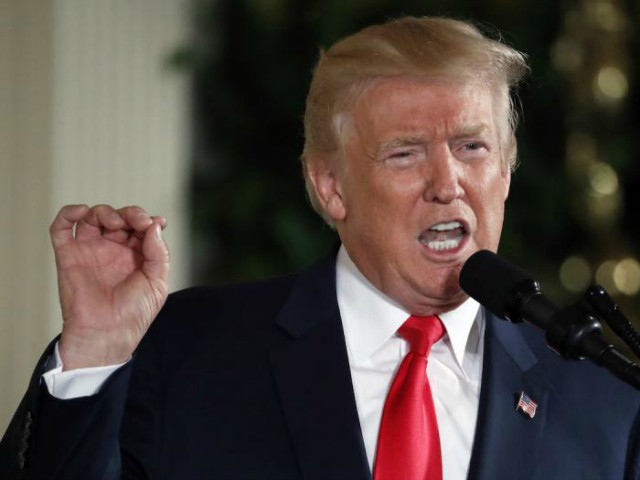 President Donald Trump continued to press for border wall funding on Friday after meeting with leaders of Congress at the White House to try to re-open the government.

“This should have been done by all of the presidents preceding me,” Trump said. “We’re not playing games; we have to do it.”

Trump called the meeting “productive” and said he wanted top aides from all parties to come together to negotiate a deal over the weekend.

He also suggested building a “steel wall,” even though it might be more expensive than concrete.

The president recalled that California police officer Ronil Singh was “viciously shot” at the border by an illegal immigrant. He specifically focused on the sex trafficking of women and children across the border, emphasizing that building a border wall is essential.

Both Pelosi and Schumer told reporters after the meeting that a funding compromise with the president is not possible until the government reopened. Pelosi said that the conversation was “lengthy” and “contentious.”

Schumer said that Trump warned Democrats the government would remain closed until border security was funded — even if it took “months” or “years.”

Trump said Democrats wanted to do “something” but did not respond to their demands to reopen the government.

The partial government shutdown is now in its 14th day.