Brexit appears headed for worst of all possible worlds for UK 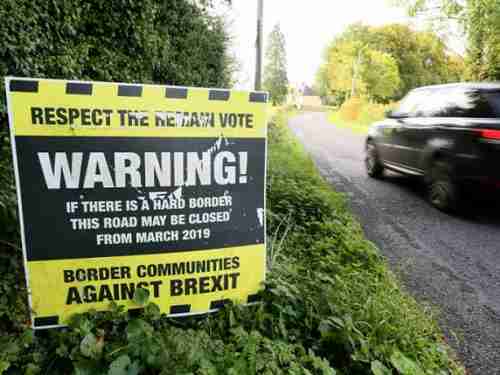 Ever since the referendum passed on June 23, 2016, Brexit, the UK exit from the European Union, was never going to be anything but a disaster for the UK, and almost as much for the EU, and increasingly there is a search to mitigate the disaster as much as possible.

A month ago, Christine Lagarde, the managing director of the International Monetary Fund (IMF), said:

I’m a desperate optimist, and I very much hope and pray that there will be a deal between the European Union and the UK.

Let me be clear, compared with today’s smooth single market, all the likely Brexit scenarios will have costs for the economy and to a lesser extent as well for the EU.

The larger the impediments to trade in the new relationship, the costlier it will be. This should be fairly obvious, but it seems that sometimes it is not.

Lagarde said that the IMF will issue its latest forecast for global economic growth in November, and that “clouds on the horizon have not become lighter but darker.”

The UK is leaving the EU on March 29, 2019. The most severe consequences for the UK economy would occur if the UK “crashed out” of the EU with no deal whatsoever. In this case, there would no longer be a “smooth, single market,” no “frictionless trade” at all between the UK and EU. Instead, there would be a “hard border” between the UK and EU, which would damage tens or hundreds of thousands of individual trading relationships that for years have depended on frictionless trade.

UK politicians in London, led by prime minister Theresa May, have for months been in chaos debating this issue, with the “Remainers” wanted as close a relationship to the EU as possible, and the “Brexiteers” wanting a full and complete break. But as the weeks and months have gone by, the London fog finally seems to be clearing, well enough that we can begin to make out the shapes of what the final deal is most likely to be. Reuters and Irish Times

The most likely deal: ‘Extend and Pretend’

Readers may recall what happened with Greece’s financial crisis, when it was clear that Greece could not meet its debt payments and would in fact never be able to do so. The EU and the European Central Bank came up with an “extend and pretend” policy, which lowered the interest rates and stretched out the debt payments to decades, and then pretended that by 2100 Greece would be able to repay its debts. Extend and pretend.

So everyone in the EU and the UK, not counting the hardcore Brexiteers, is in favor of a two-year Brexit transition period – lasting until December 31, 2020. This was agreed in March, and now appears to be set in stone. It is back in the news because, on Wednesday, both Theresa May and the EU said they were discussing extending it for an additional year.

The transition period will be pretty much the worst of all worlds. The terms will be as follows:

So the whole point of why the Brexiteers wanted Brexit was to get away from the EU regulations, EU taxes, and the ECJ. In the transition period, all of these will remain, with the additional restriction that the UK will have to obey all the regulations and pay all the money, but will have no say in changing them. That is what I meant by “the worst of all worlds.”

According to Liberal Democrat Brexit spokesman Tom Brake, the extension was merely “kicking the can further down the road and delaying, by a bit, driving off the cliff.” iNews (London)

But wait! How does the transition period solve the Northern Ireland problem? It doesn’t, but it gives the politicians 2-3 more years to find a solution. And yet, no one that I have heard or read believes that an extra 2-3 years will solve the problem any more than the last two years have.

That brings us to the “backstop.” That is an “insurance policy” that the EU is insisting on. They want the UK to commit to a specific plan to preserve the frictionless border between Ireland and Northern Ireland when the transition period end. And they have already rejected every UK backstop proposal, including the delusional hope that in 2-3 years the technology will have been developed to enforce customs rules on the Irish border without requiring commercial vehicles to stop for inspection. Well, maybe in 2-3 years some technology will develop, but no one really believes that will happen.

Britain’s prime minister Theresa May says that this is unacceptable because it would split the sovereignty of the United Kingdom.

This is still a seemingly insurmountable obstacle to achieving any sort of deal before the UK leaves the EU on March 29. Guardian (London) and BBC and Irish Times