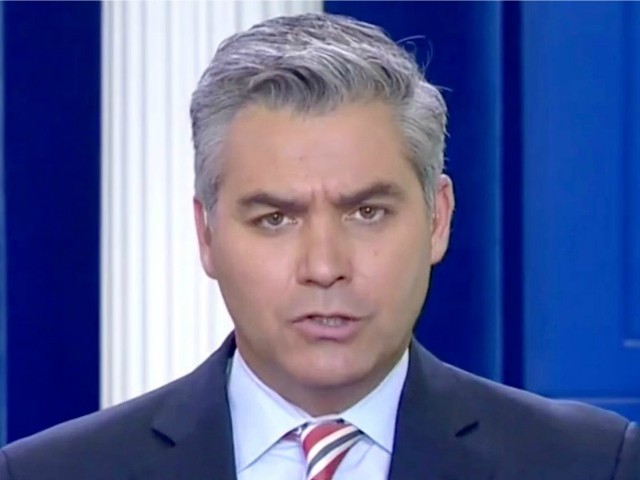 “Thank you very much,” Jim Acosta said after being called on by Trump. “If you don’t mind, after I’m finished, if…one of our female colleagues could go after me, that would be great. Mr. President, just to follow up on…”

“What does he mean by that? Explain,” Trump shot back.

“I think it would be great if a female…” Acosta said.

“It would be great if a female reporter could ask a question about this issue,” Acosta responded.

“I wouldn’t mind that at all…wouldn’t make any difference to me,” Trump said.

Well, first of all, I wasn’t happy with Roy Moore. Let’s get that straight. But, Roy Moore was a–Republican candidate. And I would have rather had a Republican candidate win. I was very happy with Luther Strange. He was a terrific man from Alabama, but Luther Strange had a lot of things going against him. As far as women, whether it’s a man or a woman, these are–you know, it can happen the other way. Allegations can go the other way also–you understand that. And, whether it was a man or a woman, 30 years ago, 36 years ago–in fact, they don’t even know how many years ago, because nobody knows what the time is.