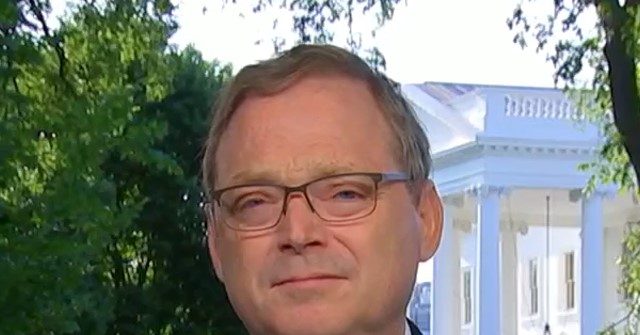 Monday during an appearance on CNBC’s “Squawk Boc,” outgoing White House Council of Economic Advisers chairman Kevin Hassett predicted there will not be a recession in 2019 despite the European economic slowdown.

Hassett said in looking at the data, the odds of a recession in the United States are “pretty close to zero.”

“I think if you’re looking at real-time recession indicators that don’t use indicator rates, they have something at the St. Louis fed that’s a real-time indicator is at zero,” Hassett outline. “The odds are pretty close to zero if you’re looking at the data, but if you look at the interest rates, of course, those model north of .5. so it is something that we’re puzzling over.”

“I just don’t see the European slowdown spreading to the U.S. right now,” he added, pointing to America’s economic “momentum.”