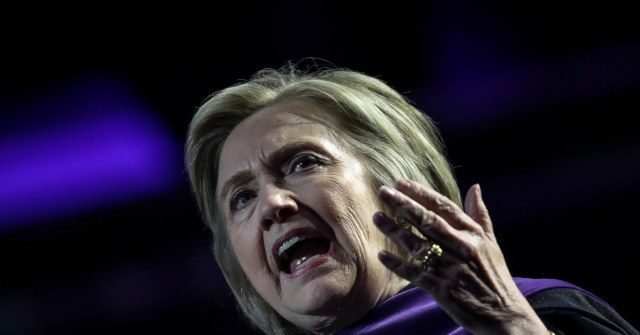 “We’ve got to deal with what has been investigated and reported. Just today before this graduation ceremony started we heard from the Special Counsel Robert Mueller who said there were multiple systemic efforts to interfere in our election and that allegation deserves the attention of every American but what we’ve seen from the administration is the complete refusal to condemn a foreign power who attacked our democracy,” Clinton said.

Clinton preempted critics who might have questioned why she choose to politicize the graduation ceremony by arguing that the future of American depends on the future generations.

“When I think of the future, I think about, what do we do when people in positions of authority are not held accountable? When they defy requests from the Congress? When they spread misinformation online?” Clinton said.

“Now, why do I bring this up at this joyous occasion of your graduation? Because the future of this democracy truly does depend on you and I know that’s asking a lot and it can be tempting to read the news and throw your hands up and conclude nothing matters [and] nothing will change so why even bother? But it does really, really matter and this is no time for apathy,” she added.