Sen. Jeff Merkley (D-OR) told protesters gathered at the Capitol on Friday to oppose Supreme Court nominee Brett Kavanaugh that the federal judge has a “record of abusing women” and in college, joined a fraternity that “specialized” in that abuse.

“We heard about his record of treatment of women — not just from the brave women who came forward but also in the comments that he made that he tried to disgrace and participated in the shaming of a high school acquaintance in his yearbook,” Merkley told the small crowd of booing protesters: 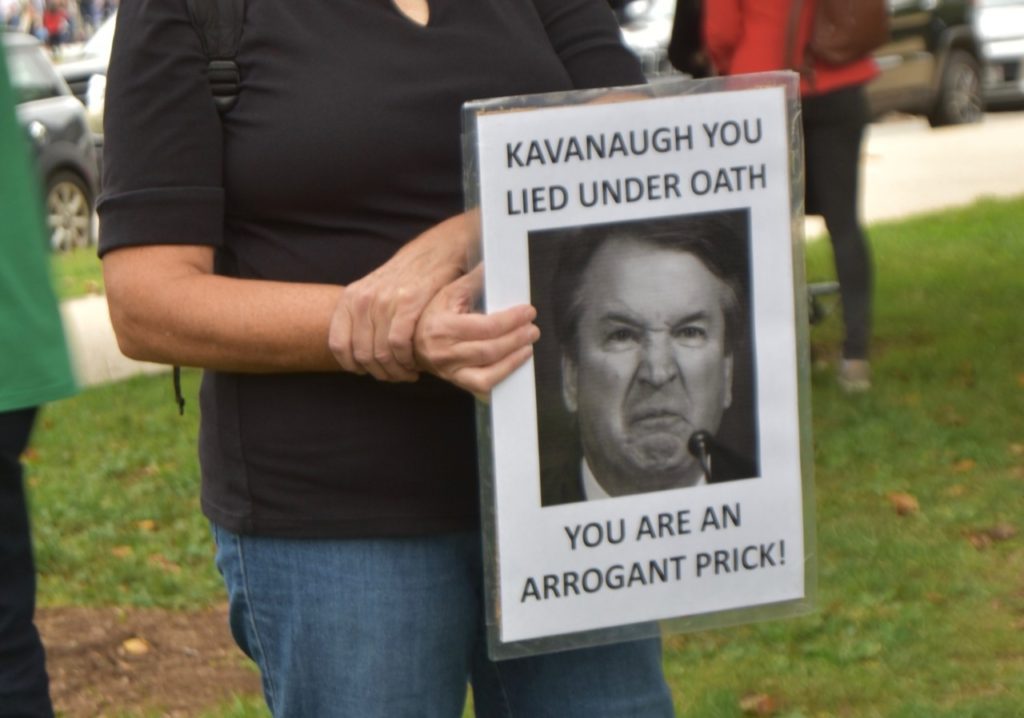 “We heard about the fact that he chose to join a fraternity that specialized in abusing women,” Merkley said. “He joined a secret society that was known for that reputation.”

“This is not a criminal court examination,” Merkley said. “This is a job interview, and in this job interview, an individual with this record of abusing women, treating women in this capacity, should never get hired”:

On every level, Brett Kavanaugh has completely disqualified himself to sit on the highest court in our land. The Senate still has one final chance tomorrow to do the right thing. I am praying that it will.

As protesters carrying signs disparaging the president and Kavanaugh listened to Merkley and other speakers outside the Capitol, inside, Kavanaugh’s confirmation moved forward as Sens. Susan Collins (R-ME) and Joe Manchin (D-WV) announced their decision to support the federal judge’s nomination: 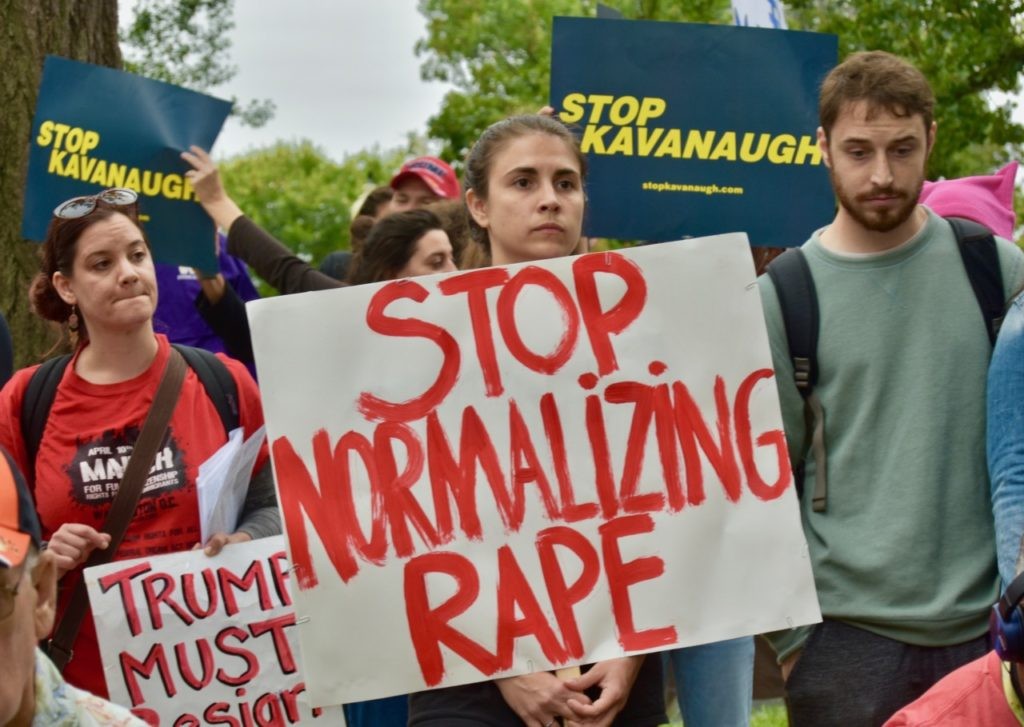 “Certain fundamental principles about due process, the presumption of innocence, and fairness do bear on my thinking, and I cannot abandon them,” Collins said while addressing the central matter that delayed and nearly derailed the nomination: Christine Blasey Ford’s allegation that Kavanaugh sexually assaulted her at a high school party decades ago.

Meanwhile, Merkley tried and convicted Kavanaugh on the east lawn of the Capitol: 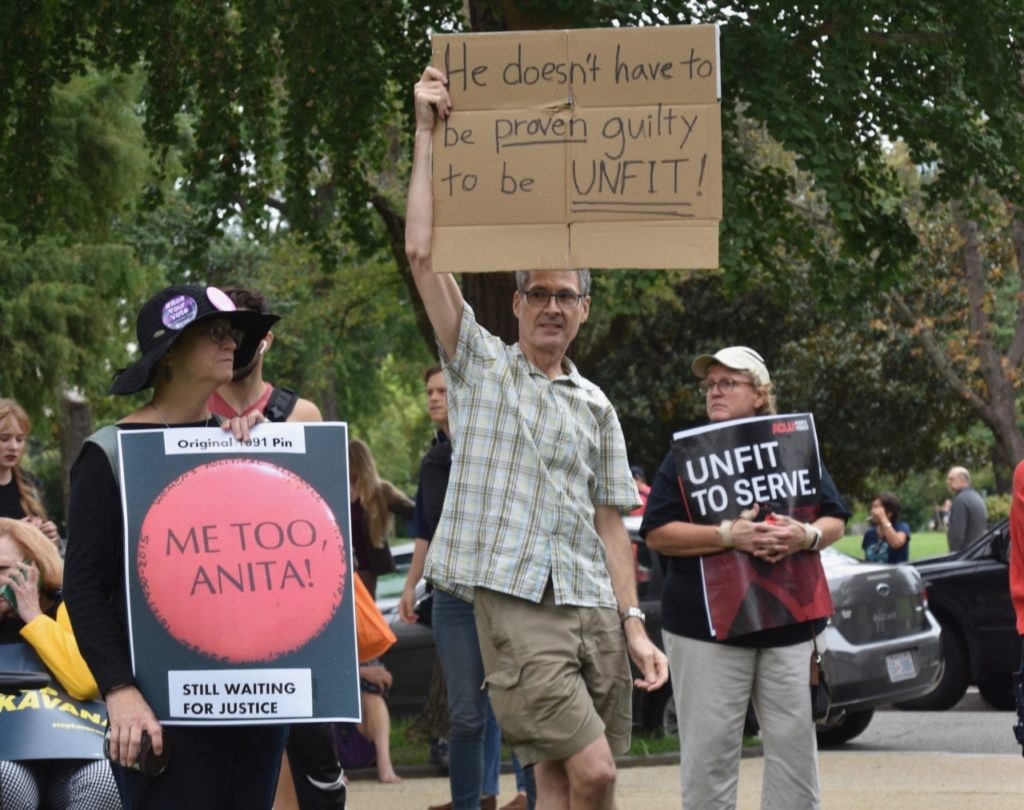 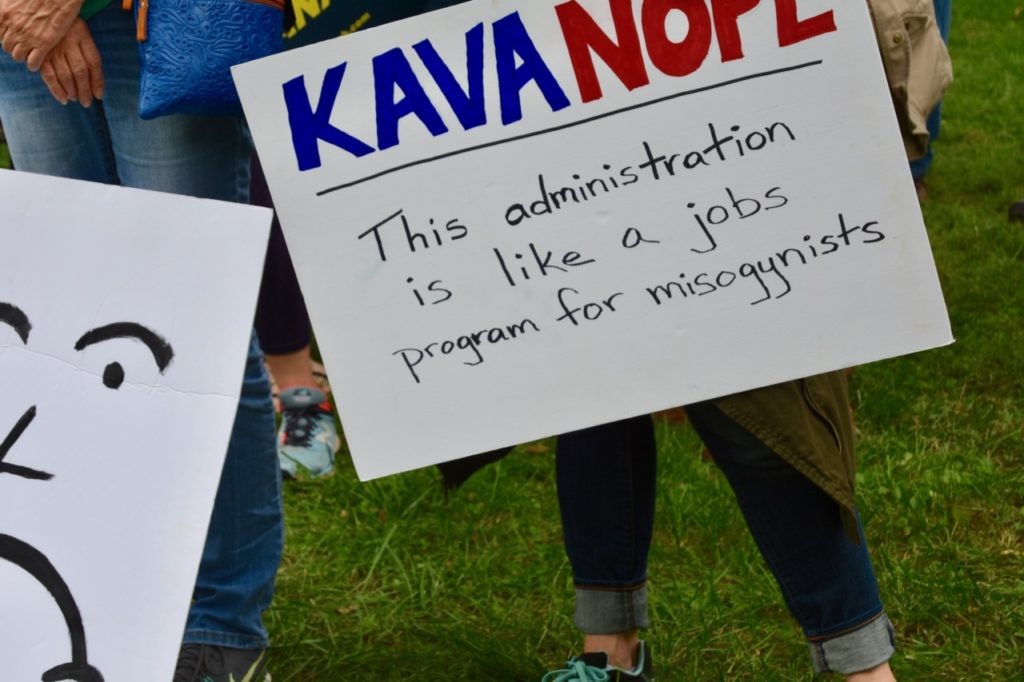 “Let’s say together universally that this person should never serve in the Supreme Court under the banner of justice under the law,” Merkley said.

Merkley also thanked Sen. Lisa Murkowski (R-AK) for her announcement on Friday that she would vote against Kavanaugh’s confirmation.

The protest outside the Capitol was organized by left-wing, anti-Trump organizations, including MoveOn.org and the Center for American Progress.