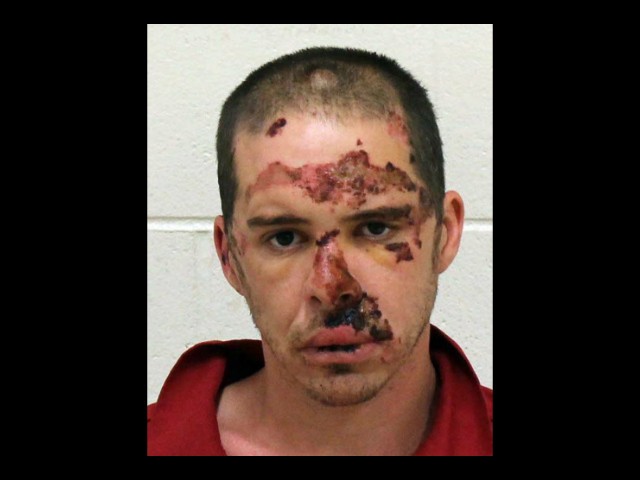 Dash cam video shows a Grand Rapids Police officer taking out a fleeing homicide suspect by running into him with a police cruiser.

MLive reports that Adam Nolin allegedly “killed his girlfriend, Tia Randall, 27, at their Wyoming home before he led police on a high-speed chase and shootout that ended on the expressway.”

The suspect crashed while navigating a turn during the chase. He then exited his vehicle and allegedly opened fire on police before being run down by an officer:

The murder of Tia Randall was discovered on September 27, 2018, and the high-speed chase that led to Nolin’s being run down occurred that same day.

The video of the incident was just released via a Freedom of Information request.

Nolin has been charged with murder.