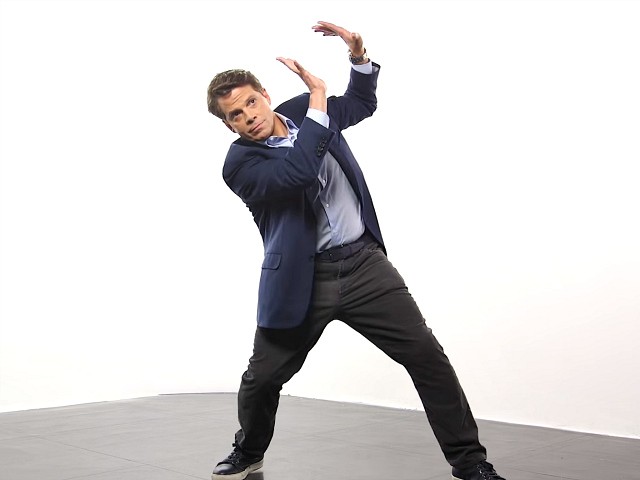 Anthony “The Mooch” Scaramucci is promoting his book, Trump: The Blue-Collar President, with interpretive dance?

Asked whether he minded a cardboard cutout of Trump on stage with him, he said, “I don’t give a sh*t. I don’t f*cking — come on, the guy fired my ass, and I’m still nice to him. I don’t give a f*ck. What difference does it make?”

“This is interpretive dance, also known as ‘Mooch Moves,’ for my time in the White House — 11 days, not ten,” Scaramucci says by way of introduction. What follows is a series of clips from his time as the communications director following his replacement of Sean Spicer, along with a description of the aforementioned “moves.”

His time is ended with a pantomime of Scaramucci hanging himself after being fired by President Donald Trump, then kneeling to “thank you, God, it’s over.” Of course, he cannot end the segment without a Saturday Night Fever pose.