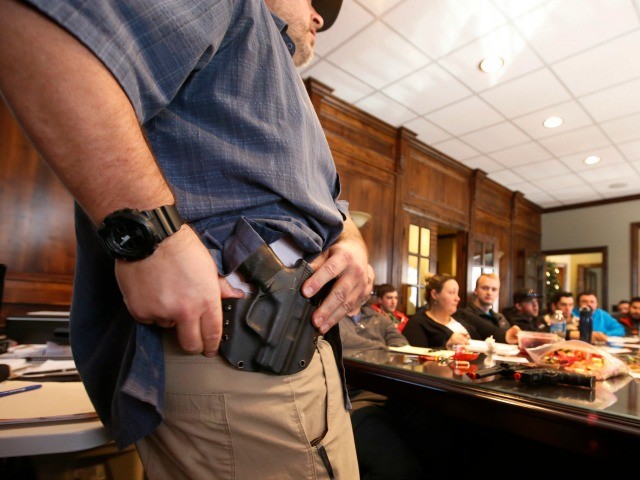 Washington, DC, concealed carry permits are skyrocketing following the dismissal of the District’s “good cause” restriction for permit issuance.

On July 25, 2017, Breitbart News reported that the U.S. Court of Appeals for the District of Columbia ruled that D.C.’s “good reason” requirement for concealed carry permit issuance is unconstitutional. The ruling was handed down in Wrenn v. District of Columbia.

According to the Daily Caller, the District’s “Metropolitan Police Department confirmed … Tuesday that 1,896 concealed carry permits were issued by MPD for the calendar year to date 2018.” That represents a “1,440 percent” jump in the number of permits which were issued while the “good cause” restriction was in place.

California’s requirement is so restrictive that as of December 26, 2017, only 197 permits had been issued in all of Los Angeles County. The county has 10.2 million residents.