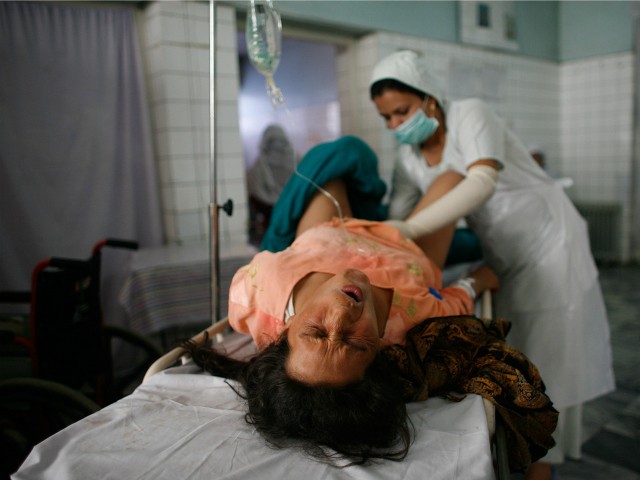 The Virginia General Assembly has tabled a bill that would have allowed abortion in the state even as a woman is about to give birth.

A House subcommittee tabled the legislation Monday after news of the exchange between its sponsor, Democrat Delegate Kathy Tran, and an opponent, GOP Delegate Todd Gilbert, went viral, WTVR reported.

“I was caught off guard and probably wasn’t as artful in the moment as I could have been,” Tran said, describing her participation in the exchange, according to the report.“The bill is intended to remove unnecessary medical and unduly burdensome barriers that women have to accessing healthcare.”

Democrat Delegate Eileen Filler-Corn said the exchange was “deliberately misleading” and “part of an orchestrated ambush.”

Gilbert, however, described it as “a moment of unbridled honesty about their agenda and their legislation and what it actually does.”

Democrat Virginia Gov. Ralph Northam’s comments during an appearance on WTOP-FM Wednesday heightened the firestorm over the bill when he said an “infant” delivered when a woman chose abortion at that point would be “resuscitated if that’s what the mother” wanted:

According to the Washington Post, Northam’s spokesperson, Ofirah Yheskel, later attempted to clarify his comments:

“The governor’s comments were limited to the actions physicians would take in the event that a woman [facing nonviable pregnancy or severe fetal abnormalities] went into labor.” pic.twitter.com/7FHeRbkobF

“The governor’s comments were limited to the actions physicians would take in the event that a woman [facing nonviable pregnancy or severe fetal abnormalities] went into labor,” the spokesperson said.

The study found that “most women seeking later terminations are not doing so for reasons of fetal anomaly or life endangerment.”

Planned Parenthood also reiterated the false narrative that late-term abortions are performed primarily due to “fetal abnormalities” or “serious risks” to the woman’s health:

Abortions later in pregnancy are rare. They often result from a diagnosis of severe fetal abnormalities, or serious risks to a pregnant person’s health. This woman’s story shows how painful these situations can be: https://t.co/vemE8vAo8D 3/

The key part of the exchange between Tran and Gilbert came when the Republican delegate asked if, under the bill, a woman could request an abortion even as she was about to give birth:

The bill would have repealed most of the restrictions the state currently has on abortion.

Many Republicans, pro-life leaders, and physicians condemned the legislation as allowing “infanticide”:

No amount of spin can cover up the fact that your bill would legalize lethal injections on fully-formed infants through 40 weeks in utero.

You can insist that this is good, just a “personal decision” a woman makes, but this is infanticide. https://t.co/e1MM1Y1QLt

Senator @BenSasse did not mince words in response to comments from @GovernorVA today on #HB2491 pic.twitter.com/wRLyemuMxg

If Governor M̶o̶l̶o̶c̶h̶ Northam was ‘taken out of context’, then all he needs to do is vow to veto any legislation that repeals prohibitions on third-trimester abortions and promise to #resistinfanticide.https://t.co/fJmkIdxQCp

Heartbreaking… This isn’t in New York, this isn’t in California, this happened just this week right here in Virginia. @VAHouseDems proposed legislation to provide abortions up to just seconds before that precious child takes their first breath. Watch for yourself. pic.twitter.com/AxgPVyI6kU

A recent Marist poll found 75 percent of Americans want substantial restrictions on abortion, including 60 percent of Democrats and 61 percent of those who identify as “pro-choice.”