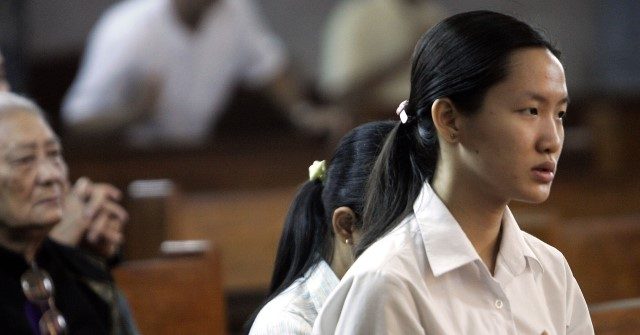 A Vietnamese Catholic priest was stabbed to death this weekend while hearing confessions in a church in the diocese of Kon Tum, Vietnam.

The 41-year-old Father Joseph Tran Ngoc Thanh, who belonged to the Dominican order, was hearing confessions on January 29 shortly before the celebration of the evening Mass when he was assaulted by a man wielding a knife, who proceeded to stab him multiple times.

Another Dominican friar rushed to assist his confrere but suffered a knife wound himself when he tried to stop the assailant, according to a report from Fides news agency, the official information service of the Pontifical Mission Societies.

Father Thanh was taken to the hospital but succumbed to his wounds and died at 11:30 pm that same evening.

Local police arrested the attacker, who is reportedly mentally unstable and addicted to drugs.

The priest was killed just as Tet, the Lunar New Year celebrations, were in preparation, which Vietnam celebrates on February 1. Father Thanh dedicated himself to serving ethnic groups in the Kon Tum Diocese, where there are few priests working in ethnic villages.

Bishop Aloysius Nguyen Hung Vi, who leads the diocese of Kon Tum, celebrated a funeral Mass on Sunday January 30, and expressed his condolences over the death.

“We know that God’s will is mysterious, we cannot fully understand the ways of the Lord,” Bishop Nguyen said. “We can only deliver our brother into the hands of the Lord. Father Joseph travels into eternity and, whatever happened, no one can separate him and us from the love of God.

“When he was struck, Father Joseph was taking the place of Christ, dispensing his forgiveness,” the bishop added. “Dying at that moment, ‘in persona Christi,’ must be a grace. In this pain we also see the beauty and nobility of the priest.”

Kon Tum, the capital of the province of the same name, is located in the central highlands region of Vietnam, close to the borders of Laos and Cambodia.