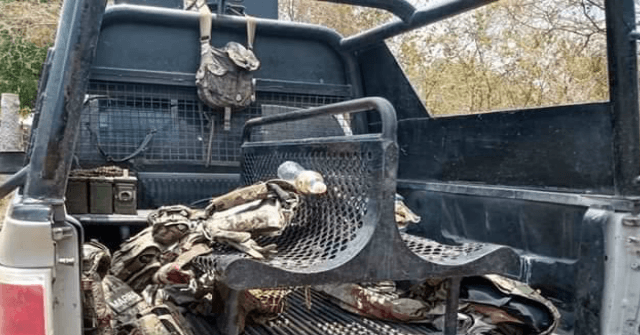 A team of cartel gunmen ambushed a squad of Mexican Marines as they patrolled western portions of the country. Two died and two more suffered injuries. The ambush is the second of its kind in the region in a matter of days.

The attack took place this week in Chinicuila, Michoacán, near the coastal state of Colima. Information provided to Breitbart Texas revealed the Marines were assigned to a National Guard detachment investigating the theft of heavy machinery when gunmen believed to be from Cartel Jalisco Nueva Generacion (CJNG) ambushed.

A video recorded by the military forces captured the intensity of the shootout as the Marines sought cover and returned fire.

The ambush is the second of its kind in a matter of days. Over the weekend, another group of gunmen attacked a squad of Marines near the town of Villa Victoria, Michoacán. Forces managed to kill three gunmen and arrest one more.

The region is seeing a heavy presence of CJNG forces as they try to take control from members of the Viagras-Familia Michoacana Cartel.