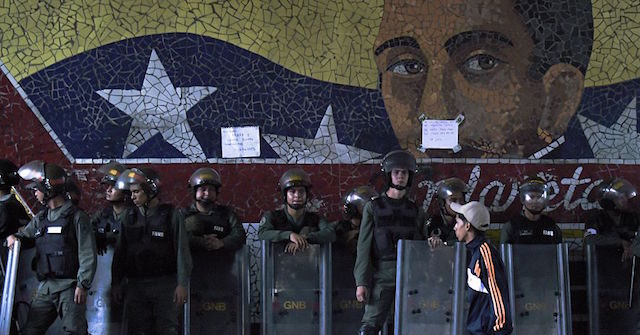 Our movement is urging Venezuela to legalize guns for law-abiding citizens and offer a set of both private and public gunnery and educational programs related to gun rights.

In the proposal issued on September 5th, written by General Coordinators Eduardo Bittar and Roderick Navarro, we presented as public initiatives the establishment of private gun ownership and the usage of firearms for law-abiding citizens as a constitutional right.

As a follow-up constitutional reform, we are proposing the revocation of “any national (federal) law that imposes restrictions on private gun-ownership for law-abiding citizens” to abrogate the absolute criminalization of gun possession.

Socialist dictator Hugo Chávez banned all private gun ownership, giving the state a full monopoly on firearms in his rewrite of the constitution. Nicolás Maduro, his successor, strengthened the ban by adding an up to 20-year prison sentence to the law for anyone caught privately owning a firearm.

Unfortunately, we have found no support for this pivotal civil and political right from the Venezuelan socialist opposition. In April, President Juan Guaidó ratified Chávez’s gun control policy, also known as Ley Desarme, implying with his argument that criminals and law-abiding citizens are equal.

Guaidó used the fact that socialist thugs disguise themselves as police to attack unarmed citizens as an argument to keep self-defense weapons out of these citizens’ hands.

“Police have denounced … they [chavistas] dress civilians as police officers, who then use security corps weapons to try to subjugate and instill fear into the citizenry,” Guaidó said.

Rumbo Libertad is proposing the creation of public shooting ranges and multidisciplinary civilian marksmanship programs through the Ministry of Domestic Affairs. These shooting ranges will include “practical civilian security firearm programs and personal defense, marksmanship, and hunting courses.”

Regarding education, we are proposing the creation and inclusion of “basic security instruction programs with firearms (just like the NRA Eddie Eagle program in the U.S.) to avoid accidents in households” for primary schools. For high schools, Rumbo Libertad proposes “a more advanced education that provides a more general comprehension about pistols, rifles, and shotguns, and their legal usage.”

For the private sector, we propose the creation of a “national gun rights organization, with state and local members, in order to organize gun owners. This organization will help to coordinate the education and training on firearms through several programs.” This sort of Venezuelan NRA will also work in favor of legislative and political initiatives that will defend gun rights from any restriction or candidate that seeks to undermine gun rights. Additionally, this organization will establish local and state divisions that will support sportive gunnery activities.

The results Rumbo Libertad is seeking with these proposals are:

We as a political movement are the first platform in Latin America to propose such a policy and political agenda, involving educational, social, state-related, and cultural initiatives. Our goal is to provide a model for other regional allies to follow and support the agenda, be it other political platforms or even organizations like the NRA in the U.S.

It is important to recall that the Second Amendment served as inspiration for this proposal – proving its validity to Venezuelans, who regret this gun ban. That is why we want to give Venezuela the necessary tools for defense and to exercise this God-given right, defending our lives, our liberty, and our sacred honor not only constitutionally, but in a way that will counter the anti-gun rights narrative that has been imposed for decades by the Left.

Rafael Valera is the Communications Director of the Venezuelan conservative movement Rumbo Libertad.