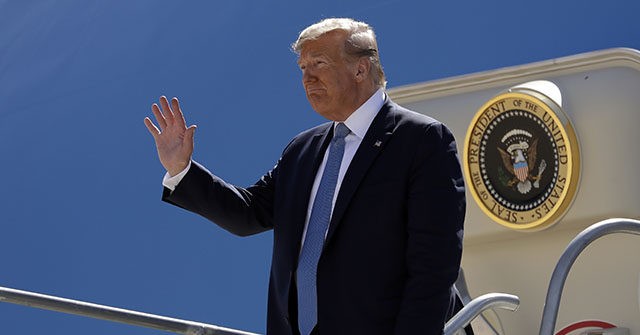 Several fights broke out Tuesday evening between protesters and supporters of the president amid the arrival of President Donald Trump in Los Angeles for a fundraising event.

According to CBS Los Angeles’s Chris Holmstrom, the fights began between several groups, including Antifa, out front of the Beverly Hills Hotel after an American flag was lit on fire.

A lot of angry people out here as President Trump hosts a fundraiser in Beverly Hills. This is one of several fights in the last 15 minutes. #CBSLA pic.twitter.com/aim0sDriLR

Beverly Hills police were on the scene and had to respond to multiple fights, ultimately putting an end to the brawls and separating the groups. No arrests were made following the scuffles, although several people were detained.

“All my years, I’ve never seen that,” said Gregg Donovan, a Trump supporter. “I was very disappointed in both sides. I took a neutral stance. I just stood there with my sign the whole time, but the burning of the flag really hurt.”

While the fights were taking place, Trump was nearby at a fundraiser hosted by real estate developer Geoffrey Palmer, a major Republican donor during the 2016 presidential campaign.

According to reports, tickets to the Trump fundraiser started at “$1,000 for individuals and go up to $100,000 for couples who will also get to attend a VIP reception and have a photo opportunity with the president.”