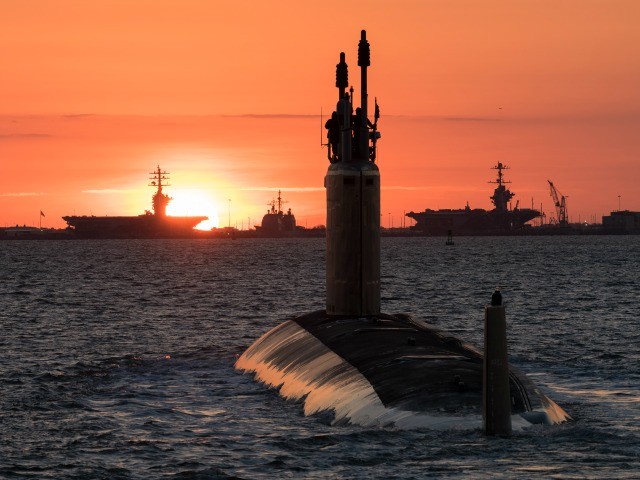 The Naval Research Laboratory (NRL) wants to use common sea life as a biological tripwire to detect the movement of submarines.

The NRL is seeking to engineer aquatic microorganisms to react to changes in the water left by submarines’ exhaust, divers, or even the mere presence of certain metals. One distinct possibility is having the microorganisms release some of their electrons in response. At a November event put on by the Johns Hopkins University’s Applied Physics Lab, NRL researcher Sarah Glaven explained:

In an engineered context, we might take the ability of the microbes to give up electrons, then use [those electrons] to talk to something like an autonomous vehicle. Then you can start imagining that you can create an electrical signal when the bacteria encounters some molecule in their environment.

And while it may sound like something out of science fiction, Glaven believes they are very close. “The reason we think we can accomplish this is because we have this vast database of info we’ve collected from growing these natural systems,” she said. “So after experiments where we look at switching gene potential, gene expression, regulatory networks, we are finding these sensors.”

According to Defense One, the project is part of a push to use microbial life to create “living camouflage that reacts to its surroundings to better avoid detection,” and “new drugs and medicines to help deployed forces survive in harsh conditions,” among other things.

The Applied Research for the Advancement of Science and Technology Priorities Program has already invested $45 million into harnessing the genetics of living organisms for military use. “We want to move synthetic biology from the laboratory to the field. That’s a big thrust of ours and so there’s a lot of tool development in order to do that,” U.S. Army Research Laboratory’s Dimitra Stratis-Cullum said.