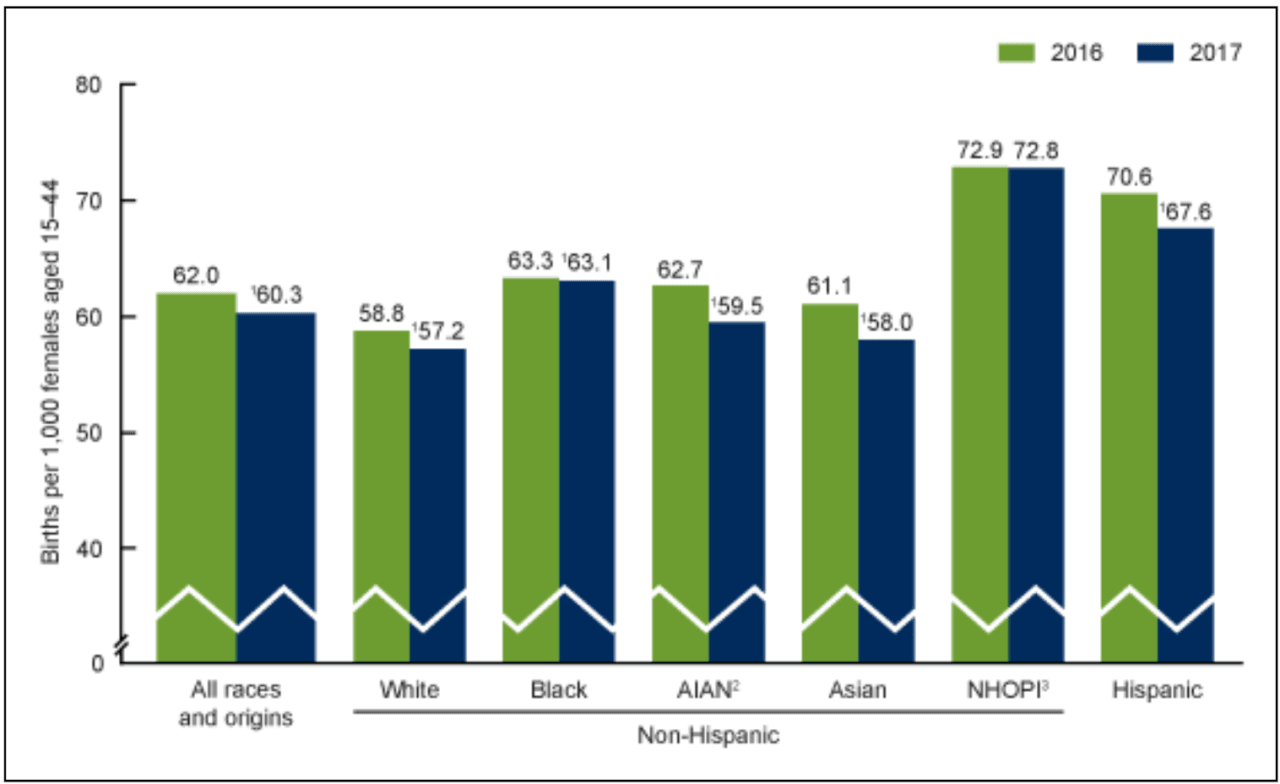 This record low fertility rate is half of what the fertility rate was in 1958 when there were a little more than 120 births per 1,000 females aged 15 to 44-years-old.

Following the baby boom of the 1940s and 1950s, birth rates in the country have largely been on a decline, though they have never dipped this low before. 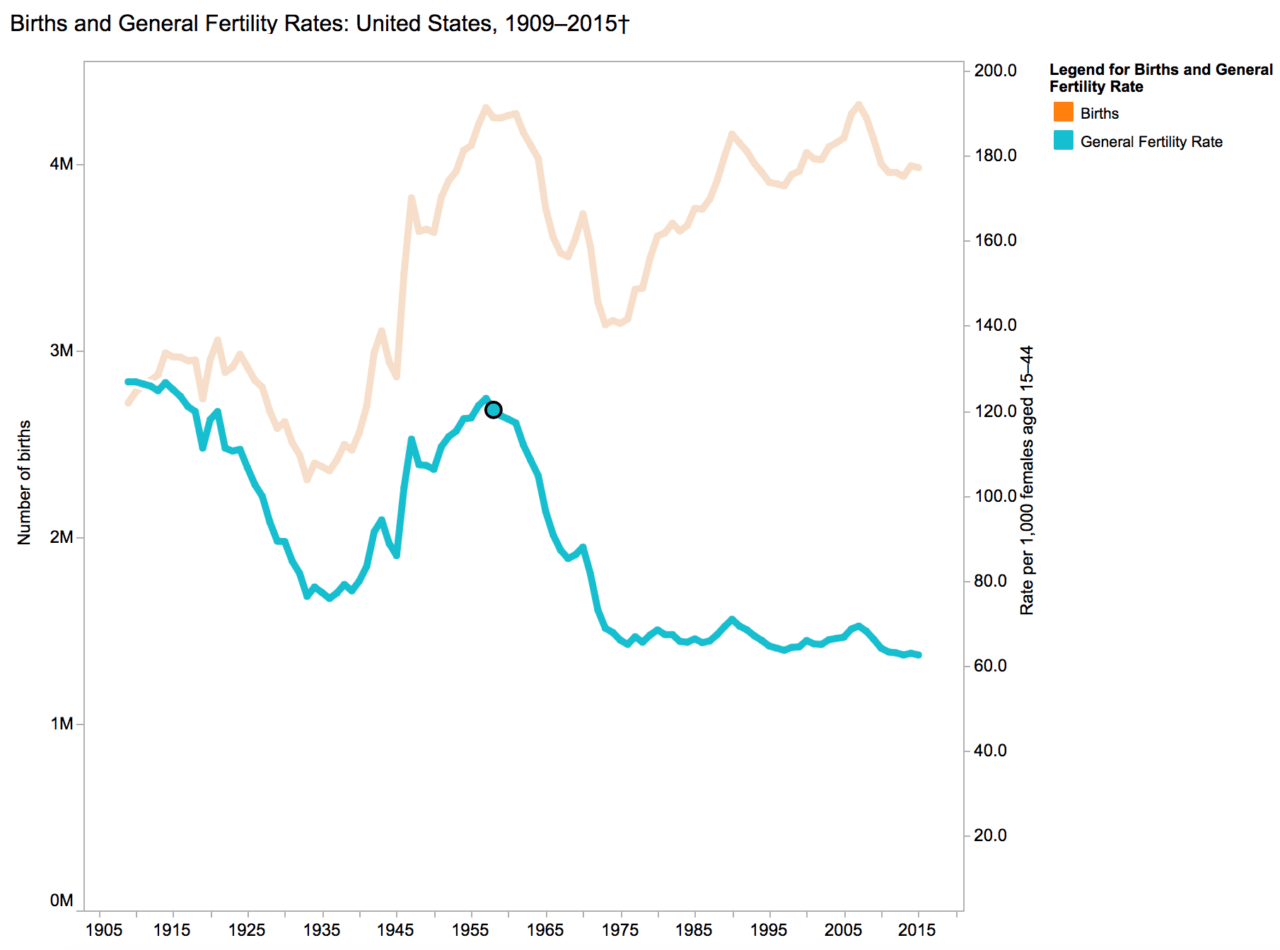 The U.S. needs a birth rate of at least 2.1 children per woman to replace the current population of the country without experiencing population decreases.